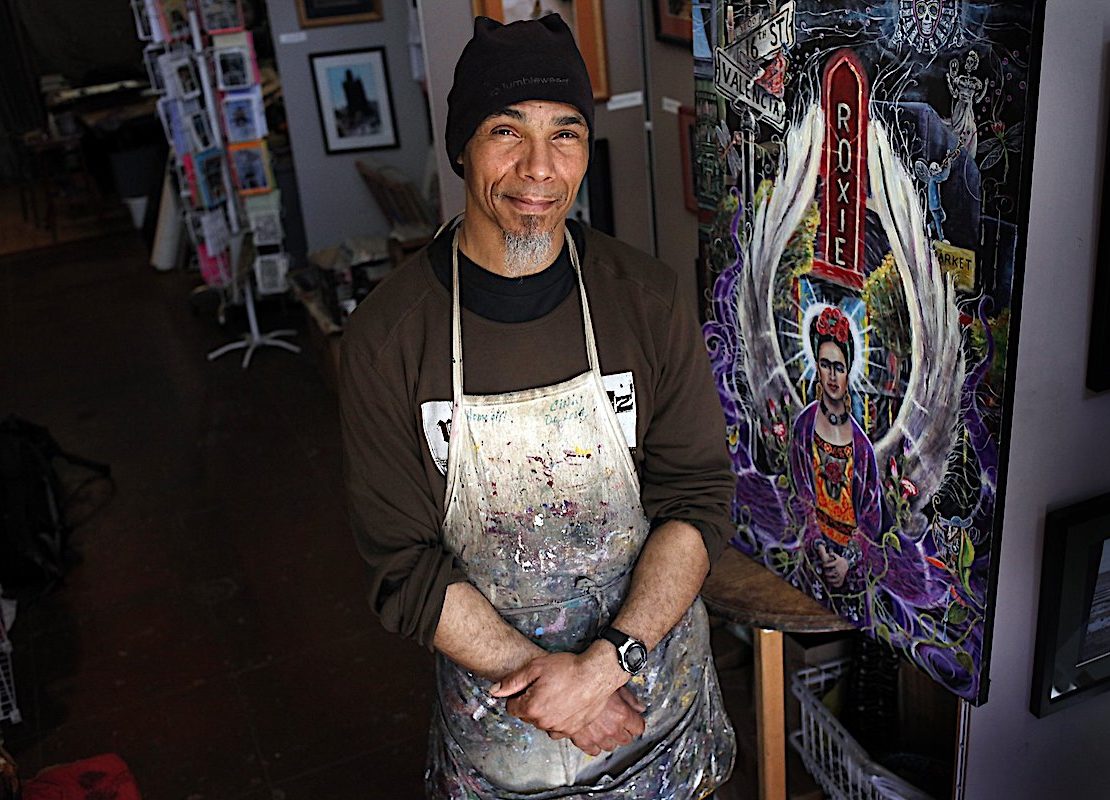 Almost prophetically, Ronnie Goodman made an etching of people marching in the street and carrying a banner that reads “No More Homeless Deaths,” one in a myriad of drawings, paintings and engravings he produced.

After a lifetime of creating art while homeless or incarcerated, on Aug. 7, Ronnie Lamont Goodman was found dead in his tent outside the Redstone Building in San Francisco’s Mission District, where he intermittently stayed and stored his drawings and illustrations. He was 60.

Goodman was a self-taught artist whose work was prominently displayed in venues ranging from the San Francisco Public Library to MoMA PS 1 in New York to the pages of Street Sheet and other homeless publications to the office of then-San Francisco Supervisor, now Mayor London Breed.