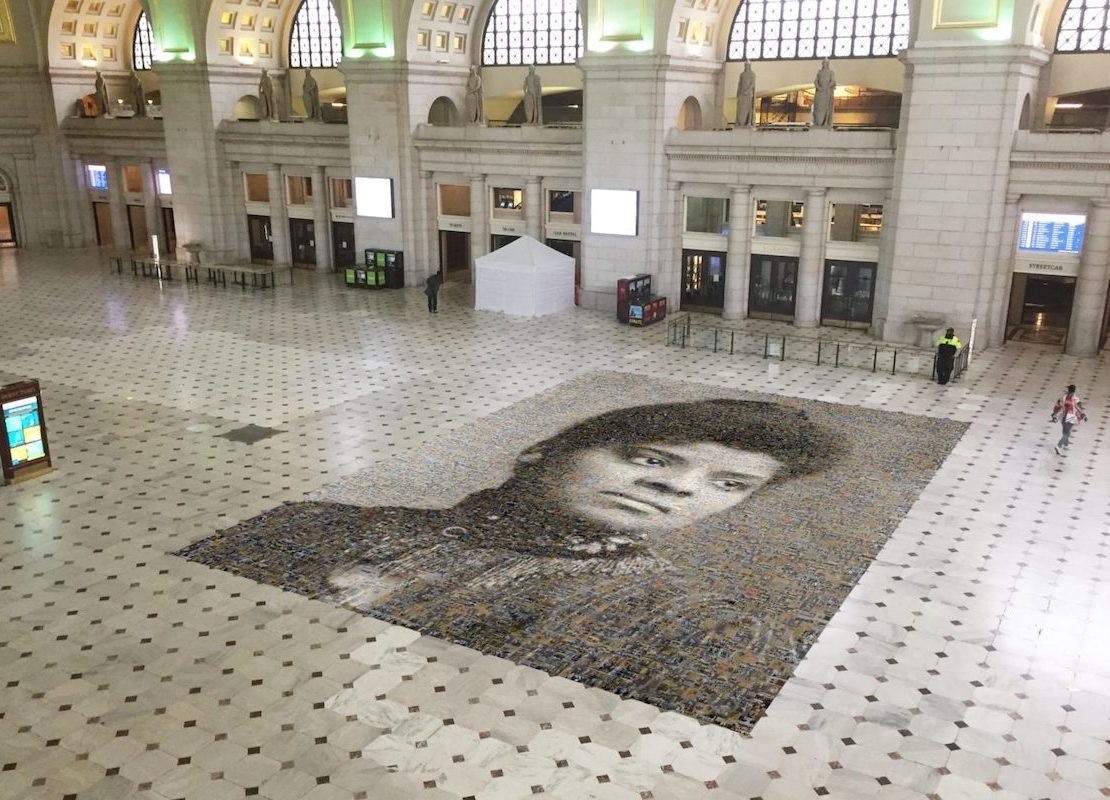 A 1000-square-foot art installation depicting suffragist and civil rights advocate Ida B. Wells will go on display in D.C.’s Union Station on Aug. 24.

British artist Helen Marshall created the portrait of Wells out of around 5,000 historic, black-and-white photographs from the suffrage movement.

“We need to see her portrait, and African American women need to be a lot more visible,” Marshall says. “She was fighting for the same causes that women are now.”

Marshall was tapped for the project — which will be up through August 28 — after she created a massive portrait of a British suffragist and installed it in a train station in Birmingham in the U.K. Her American piece was commissioned by the Women’s Suffrage Centennial Commission, created by Congress to commemorate the 19th Amendment’s centennial anniversary. The amendment granted women the right to vote.