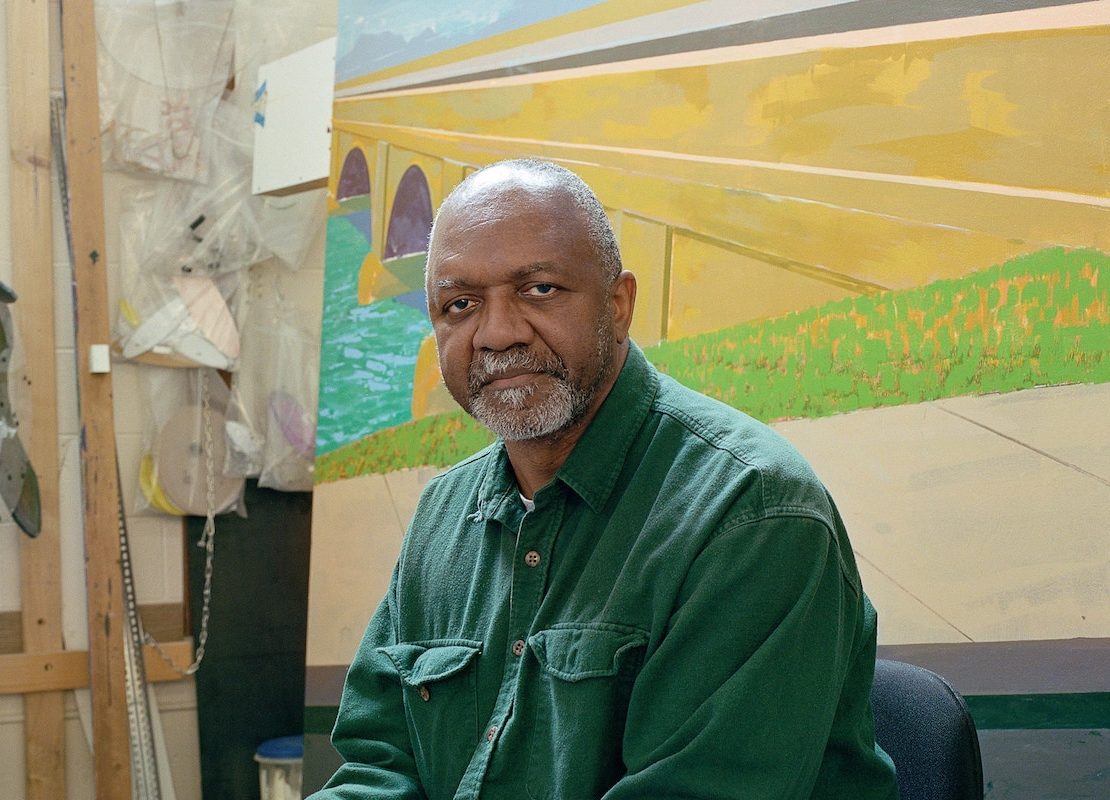 For more than 40 years, the Chicago-based artist has made it his mission to paint black figures into the canon.

WE COULD BEGIN IN Birmingham, Ala., where the artist Kerry James Marshall was born in 1955, his father a postal worker whose hobby was buying broken watches, fancy ones — Baume & Mercier, Piaget, Patek Philippe — that he’d pick up in pawn shops for a song, figure out how to fix with the help of books he’d find used, and resell. From that story, we could derive the practical idea that Marshall, a companion on his father’s expeditions from a very early age, saw that something rarefied and complex, in which one had zero training, could be approached, deconstructed and — with education and application — mastered. Or we could begin by talking about Marshall’s older brother, Wayne — one year and nine days older, who, straight out of high school, went to work for the post office like his father and worked there until he retired — Wayne who was always first at everything, whom Marshall was always chasing, from whom he was inseparable except at school where their ages kept them in different grades, Marshall trying to catch up but always falling short, one year and nine days short. From that story, we could understand that Marshall is a man who, from the beginning, has been hustling to get to where he wants to go. Or we could begin in Watts, in 1963, when Marshall was 7, when his family moved there in time for the riots, 12 blocks from the Black Panther headquarters, a neighborhood where he learned things you’re not supposed to know about when you’re a kid. We could talk about how their mailman, a really nice guy, got killed on Marshall’s best friend’s front porch, in a robbery gone wrong, two doors down. How, on another day, coming home from school, cutting through the alley he always cut through, he found three grown women rolling around in the grass of a front yard, stab wounds all over them, stabbed by a young man who’d been discharged from the Army with problems, a man who’d just stabbed his mother, his aunt and his grandmother 70 times. And how, later, when Marshall was voted homecoming king of Jefferson High and was on his way there in his suit for the first homecoming parade in a decade — Jefferson having gotten kicked out of the conference because there’d always been problems — he arrived to find everybody heading the other way: Three people had just been shot on the field, friends of his. That was the kind of world Marshall grew up in, a world where he knew founding members of the Crips, and where a lot of the people he knew are now dead of unnatural causes and have been for a long time. From those stories, we’d be amazed to learn — as he told me in August when I visited him on the South Side of Chicago where he’s been making one masterpiece after another for three decades — that “it didn’t stop me from developing the sense that, still, everything is possible. I was never in despair.”

FROM THE HISTORICAL sense that, throughout the American experiment, very little has been possible for black people; to a generational sense that, despite a great deal of change in American society through time, a great deal still isn’t possible; to Marshall’s personal sense that, nonetheless, everything is possible: That’s the short version of the story that his work has been telling — mostly in paint but also in sculpture, photography and installations — since he became the first member of his family to go to college, graduating from Otis College of Art and Design in Los Angeles in 1978. In that interval, Marshall has become a preeminent American artist, one whose work is in the permanent collections of the Smithsonian, the National Gallery of Art, the Art Institute of Chicago, the Metropolitan Museum of Art and a dozen other major American museums. He has received a MacArthur fellowship and his paintings can command over 2 million dollars at auction. This past spring, Marshall’s career became the subject of its first major retrospective, a chronological march through 35 years of extraordinary creation, a vast show that opened in Chicago at the Museum of Contemporary Art and moves to New York this week — opening at the Met Breuer on Oct. 25 — before its final stop in Los Angeles, at the MOCA, next year.