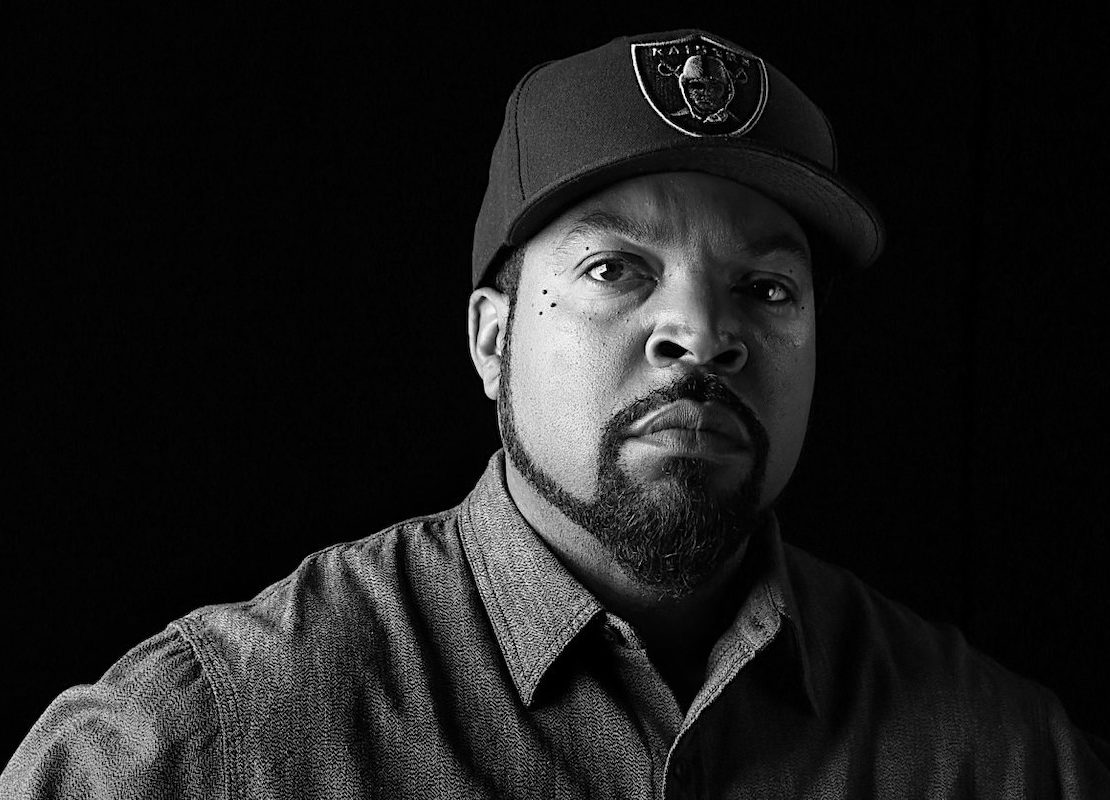 LOS ANGELES, Aug. 22, 2020 /PRNewswire/ — This morning, Ice Cube released a video titled “What’s In It For Us” demanding politicians sign the Contract with Black America before they get the support of the Black vote:

As citizens and lawmakers both, we are joining to demand the Contract with Black America be addressed immediately to finally create the “more perfect union” all Americans deserve. As such, it is time for a complete paradigm shift in how we run our institutions and operate our country. The problems facing America are too deep and wide to simply reform one area or another. Long-lasting solutions demand a comprehensive thorough “rethink” of America so that each new approach in each area supports the success of the others. This Contract with Black America will provide conceptual approaches in several areas.

Darrick Hamilton, in the Preface to the Contract, says “This Contract with Black America strikes at the heart of racism and presents a blueprint to achieve racial economic justice. It was written in the backdrop of the killing of George Floyd, which set off a wave of protests not seen since the Civil Rights Era of the 1950’s and ’60’s, and a global pandemic in which the Black mortality rate is more than double the White rate and in which 45% (nearly half) of Black-owned businesses closed. That the impact of something presumably random, such as a pandemic, however catastrophic, can be so linked to one’s racial identity is highly problematic – and further evidence that, as a nation, we are failing miserably. This links to a larger political and economic vulnerability, whether we’re in a pandemic or not: the immoral devaluation of Black lives has been ingrained in America’s political economy and is long overdue for a reckoning. This Contract with Black America is a patriotic pathway to promote our shared prosperity and achieve racial economic justice.” Ambassador Andrew Young is equally supportive. “The Pandemic has revealed to us the importance of the essential worker of which many are minorities. We can grow no stronger without improving the sustainability of those at the bottom of the economic pyramid. The Contract for Black America is a comprehensive step toward an action plan that addresses the future stability of minorities and essential workers across the nation.”

To address racial inequality, after reading the Contract with Black America, we the undersigned agree to support and demand an open debate and a clear and fair vote within the first 100 days of the 117th Congress in 2021 on the following proposals to be codified into specific bills:

1. Bill to Guarantee Black Opportunity and Representation.
Adopt a plan of “Neo-Reconstruction” to redress past wrongs systematically imposed on Black Americans economically throughout many generations that has resulted in a “wealth gap” where the average White family has 10x the wealth of a Black Family. In addition to some of the economic initiatives listed below, also formally apologize to Black Americans for past discrimination and slavery. Additionally Black opportunity and representation will include: Affirmative Action in schools public and private; per student funding in states on an equal basis instead of paid by local property taxes; Black representation on all government civil rights bodies; civil rights classes mandatory in elementary schools; Gerrymandering reform; additional polling places in Black and minority neighborhoods; Juneteenth to become a Federal holiday.

2. Bank Lending Reform.
Bank lending will be regulated to require banks to lend a percentage of all loan and credit categories on an equal basis to the Black population each Bank serves. However, the minimum threshold must yearly meet the percentage equal to the national Black population (currently approximately 13.4%). Rates on Black loans federally and from banks to be same average rates as Whites.

3. Federal Funding of “Baby Bonds”.
Pass federal program providing every child with a government funded trust account at birth starting with a $1,000 contribution. As proposed by Senator Booker and Representative Pressley, accounts to be managed by the Treasury and only those born into lower-wealth families would receive more contributions each year up to $46,500 total. At age 18 access to the funds allowed but use restricted to asset enhancing actions such as buying homes, starting businesses and funding education.

4. Federal Reserve and Government Pensions.
For qualified Black Americans, Federal Reserve to allow a one-time interest free loan for home ownership. The Fed to ensure Banks and institutions it oversees comply with Bank Lending Reform. Fed to adopt Modern Monetary Theory with goal of Full Employment and avoidance of Actual Inflation. Federal and State pension funds control over a trillion dollars. They must allocate 13.4% of their investments into Black owned enterprises and businesses. Venture Capital and Private Equity funds that take money public entities must invest 13.4% of their total funds in Black owned businesses.

5. Finance Oversight.
A Banking Commission (or even a Cabinet or Sub-Cabinet post) will be set up to overlook and report on Black and minority lending, housing ownership and mortgages, and enforcement of items 2 and 3 above. Such authority will also oversee and audit federal programs such as Economic Opportunity Zones and Community Reinvestment Act (CRA) to determine who is benefiting from disbursement of such funds. Will provide for a transparent reporting mechanism for abuses to economic programs designed to benefit communities in need.

6. Personal Data and Credit.
Most states publicly release bulk data about arrestees unchecked. Like the 1970 Fair Credit Reporting Act regarding credit data, there must be guidelines regarding arrest records that allow similar privacy and accuracy protections and the right to dispute and correct inaccurate data.  Credit services will be reformed to mandate consideration of individual consumer data on rent, utility, cellphone, and other like bill payments.

7. Prison Reform.
Privately run prisons will be abolished, prison labor disallowed without consent, and nonviolent offenders incarcerated for 10 years or longer will be freed if good behavior standards met. All prisoners for marijuana possession freed. First offense for illegal drug use or possession to require government payment for entry into an approved drug rehabilitation program rather than imprisonment. Once any prisoner completes sentence, voting rights are restored.

8. Judicial Reforms.
Eliminate mandatory minimums and three strike laws. The Civil Rights Division of the Department of Justice reformed through stricter guidelines and greater oversight over police departments. DOJ can be sued for non-compliance. Lynching to become a federal hate crime and the Ku Klux Klan declared a terrorist organization.

9. Police Reform Act.
Police reforms will be implemented in an expansive act that will at minimum include:  Elimination of Qualified Immunity; requirement of mandatory malpractice insurance for police officers; make municipalities liable for unconstitutional actions by police; mandatory use of dashboard and body cams; elimination of chokeholds and “no-knock” warrants; establishment of residency requirements, de-escalation training, and requirement to update training; severe penalties for evidence tampering including withholding DNA. A federal database of police and disciplinary records established and made public and once fired for cause cannot be rehired. Creation of Office of Independent Prosecutors to solely focus on prosecuting police accused of wrongdoing. Other reforms as listed in greater detail in the Contract with Black America.

10. FCC Licensing of public airwaves.
Broadcast networks will be required to air Black produced content equal to 20% of the total content on the network as measured by time.

11. Confederate Monuments and Institutions.
Elimination of all Confederate statues and uses or displays of Confederate flags on government grounds or property with public access. Rename all streets, schools, public structures, etc. named after Confederate soldiers or leaders. A memorial will be built in Washington D.C. to victims of police excessive force.

12. AJP Program for Education and Jobs.
Adoption of AJP, A Public/Private program that provides access to jobs and education and/or training for people willing to put in the work and commitment.

13. Black Responsibility.
Chronic poverty creates an atmosphere full of negativity, frustration, hopelessness, depression, alcoholism, drug abuse, crime, and violence. These are some of conditions that plague the Black Community which is dealing with extreme generational poverty. As we begin to gain social and economic equality it is our duty to clean up ourselves and our community. This contract is a 2-way street. As we gain social and economic equality, we must begin to dissolve any bitterness in our hearts for past wrongs. We must become better citizens who are more productive on all levels of American society. We really must step up after we pass the Contract with Black America with no more excuses left in the kiddie. Our entertainers should be persuaded to deliver more positive content that leads our youth to make better choices in life. A new pride must develop with these new opportunities and we must fight against negativity, frustration, hopelessness, depression, alcoholism, drug abuse, crime, and violence.