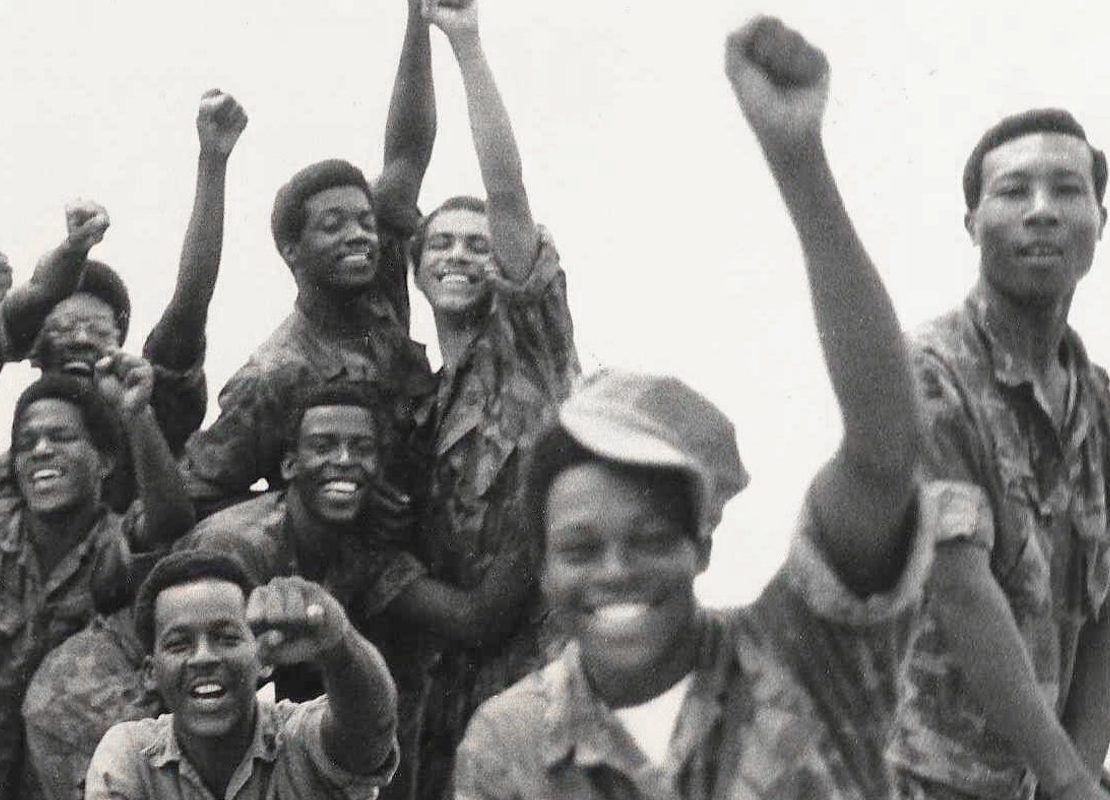 Racial strife aboard a Navy ship left three men facing the threat of the death penalty. They became little more than statistics in the military’s dismal record of race relations in the Vietnam era.

One evening in late August 1972, as the American tank-landing ship U.S.S. Sumter was steaming off the coast of Vietnam, a Marine onboard dropped the needle on the turntable in front of him, sending music to the loudspeakers bolted to the bulkheads in the cavernous spaces where hundreds of sailors and Marines slept and hung out. Some members of the crew were not ready for what they heard. “Sun, up down. On the corner, uptown. I turn around and hear the sound. A voice is talking about who’s gonna die next. Cause the white man’s got a God complex.”

Though nobody knew it at the moment, that song was about to set off a series of events that would leave three Black Marines facing charges of mutiny and the possibility of execution or lengthy imprisonment. Others were at risk of being thrown out of the Marine Corps with discharges that would maim their job prospects in civilian America for the rest of their lives. They were caught up in events that were not only about race but also about structural racism; not just a matter of individuals and personalities but of a U.S. military establishment that treated people of color differently from white service members — starting with recruitment and induction, through combat deployments, right on through the charges and punishments that arose when conflicts boiled over.

The Marine spinning records that day was Pfc. Alexander Jenkins Jr., a 19-year-old from Newport News, Va., whose outgoing personality had earned him a turn as the ship’s D.J. During tedious weeks at sea, music was one way to pass the time, but while Black Marines listened to songs by white artists with no complaints, some white service members were not so open in their tastes. Jenkins quickly found himself under verbal attack from white sergeants and officers — part of a campaign of harassment and poor treatment that included mess cooks intentionally handing him and his friends cold and inedible food, surprise uniform inspections and capricious punishments from noncommissioned officers. Eventually, it escalated to Black and white Marines physically fighting each other on a ship at sea.