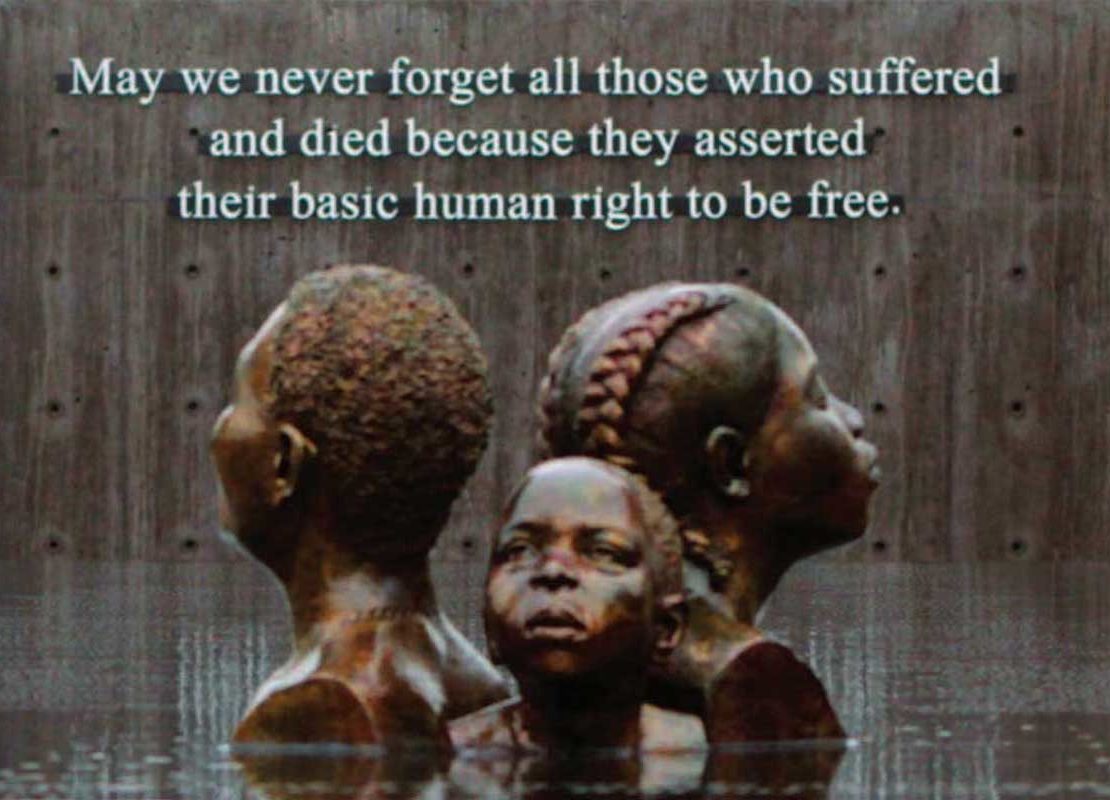 On August 21, 1865, mass violence against Black people by white people in Montgomery, Alabama, was first reported to the United States Congress by two local doctors. Almost 20 Black residents of Montgomery had been hospitalized or killed after being shot in the head, neck, or hand; “scalped”; beaten with clubs; had their throats cut; or had their ears, beards, or chins cut off. A Black man named Robert, who died at the hospital, “was stabbed while at his house by a man wearing in part the garb of a confederate soldier.” At least three of these Black residents died as a result of these vicious attacks. The doctors reported that the “provocation for most of the attacks was the attempt of newly freed blacks to come to town.”

Featured Image, Monument to women, men, and children who were victims of racial terror lynchings in the immediate aftermath of the Civil War and during Reconstruction. Located at EJI’s Legacy Pavilion in Montgomery, Alabama.
Full article @ EJI, Equal Justice Initiative