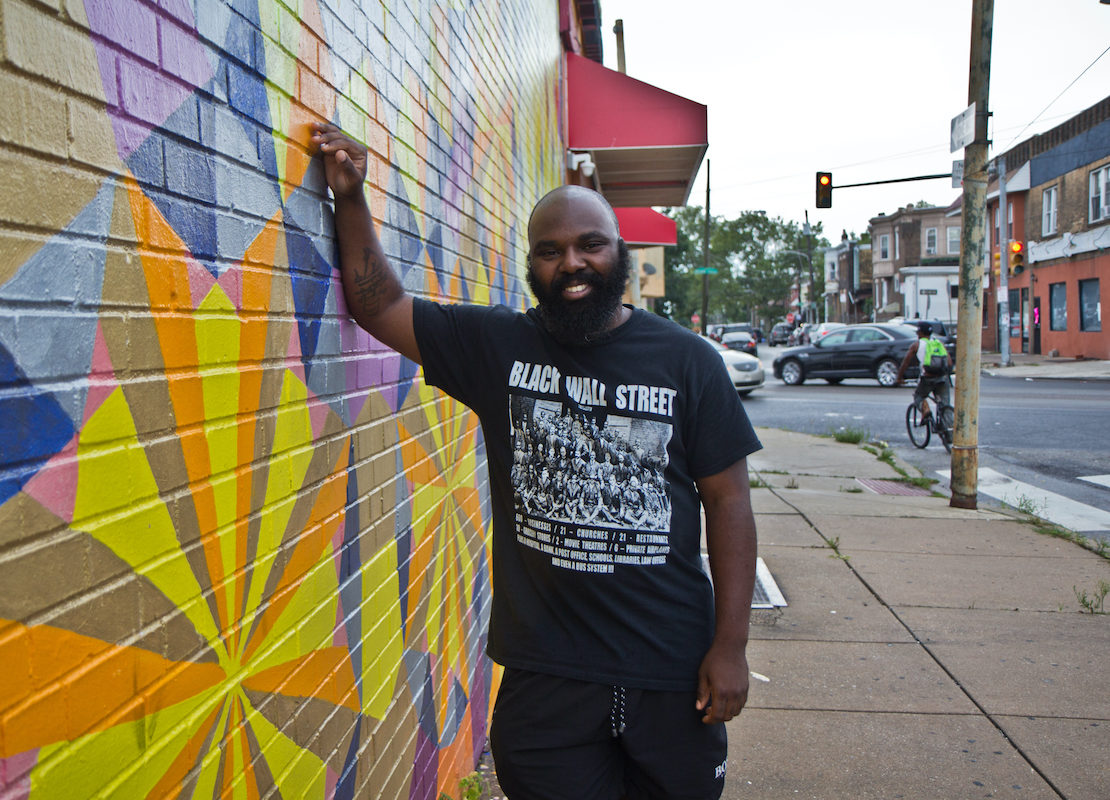 With his pop-up food event Honeysuckle, the 34-year-old chef applies his skills in painting, sculpture, and the written word to bring the Black experience, with a Philly influence, to the palate of diners.

For example, in one dish, Tate uses turkey necks coated in edible ash served over lima beans and presented over hay on fire to represent the 1985 MOVE bombing.

Tate’s culinary talent took him from his native Philadelphia to New York City, where he hosted Honeysuckle, mostly out of a penthouse on Wall Street. At the beginning of the year, his profile in the culinary scene was on the rise, with a feature in the New York Times, and booked events well into 2020. But even as he enjoyed the recognition 95 miles north, Tate wanted to bring the Honeysuckle experience back home. He wanted a brick-and-mortar location and even imagined buying the shuttered Sunshine Food Market, a small neighborhood grocery on Lancaster Avenue that closed in 2019 after a fire. But the dream felt elusive with his work in New York keeping him there.