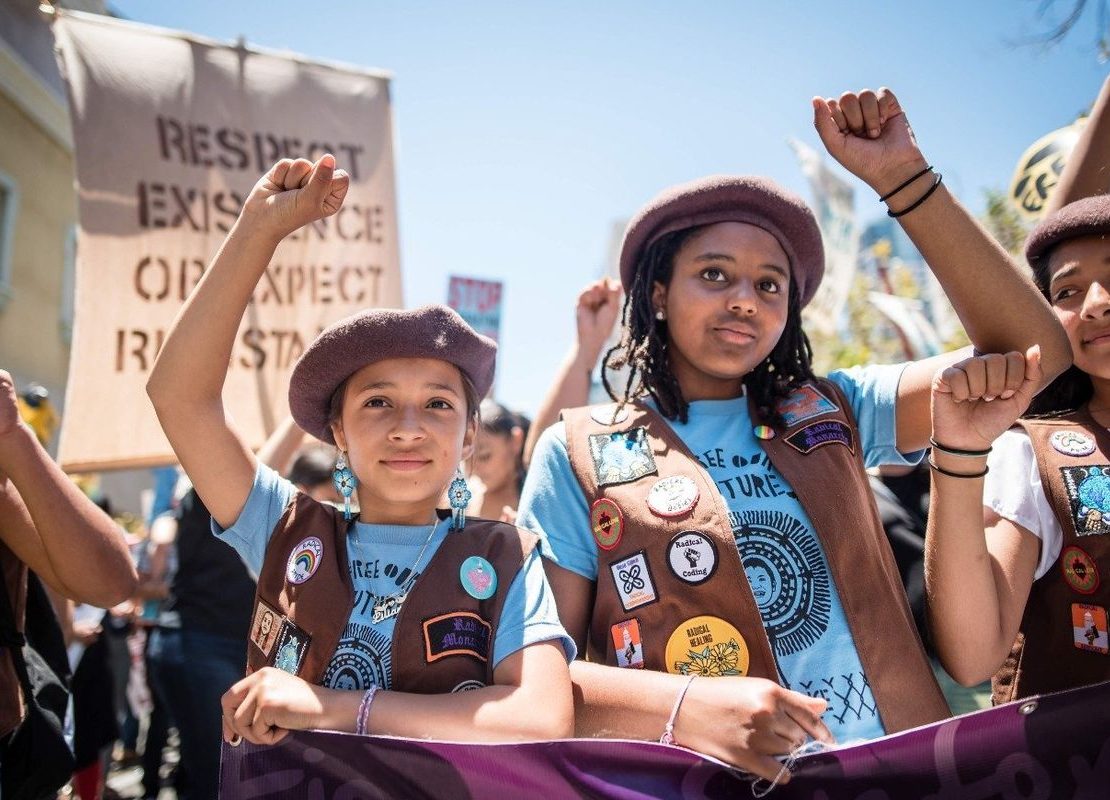 Watch the doc about the troop, who earn badges for Black Lives Matter, radical pride, disabillity justice, and more

In 2015, a group of young girls wearing matching brown berets and uniforms, decorated with colorful badges, arrived at a Black Lives Matter protest in Oakland, CA. The group, aged from 8 to 10 years old, looked like your typical Girl Scout troop, but instead of selling cookies, they were calling for justice and reform.