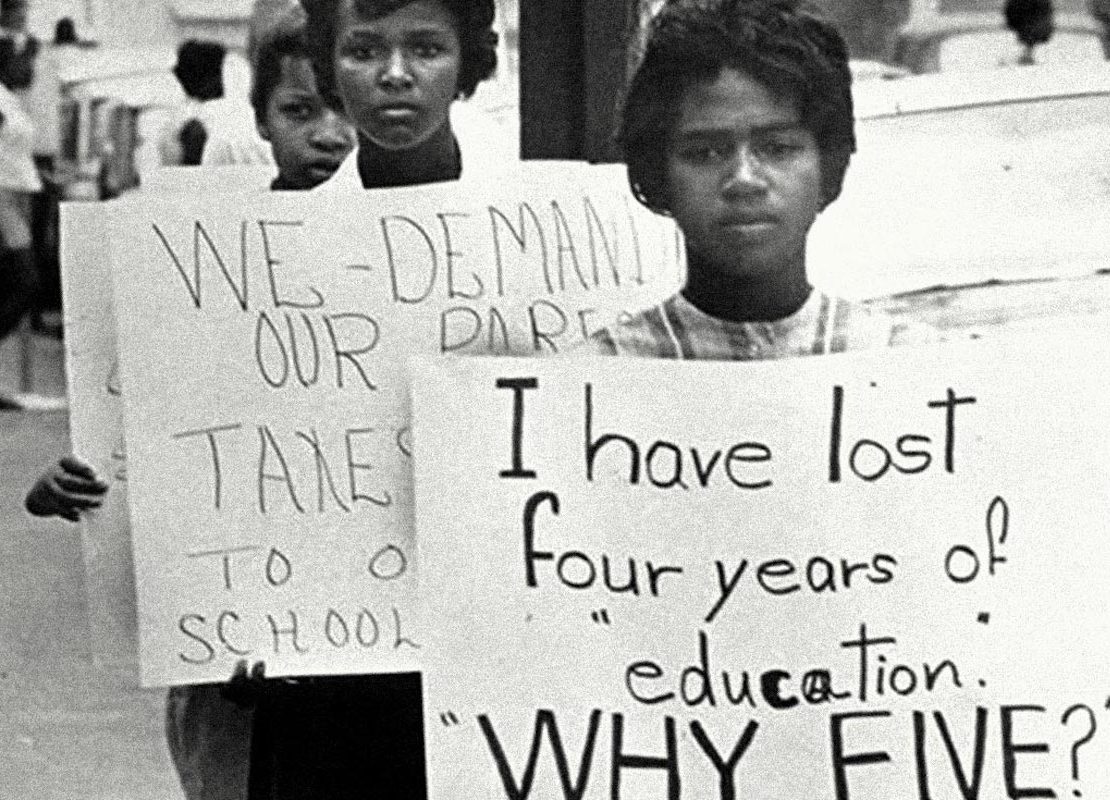 On August 15, 1963, thirty-two teenage protestors, who challenged the Prince Edward County School Board’s refusal to integrate their public school system and had been arrested, were released from jail. Over the prior three weeks, the students had staged two separate demonstrations in Farmville, Virginia. When released to the custody of their parents, they were ordered to observe a 10 p.m. curfew, refrain from disorderly conduct, and “attend school if such be possible.” In fact, the impossibility of attending school was at the heart of their protest.

Five years before, a federal appeals court had ordered Prince Edward County to desegregate its all-white public high school by September 1959, in compliance with the U.S. Supreme Court’s 1954 decision in Brown v. Board of Education. Instead, county officials refused to fund the local schools and became the only jurisdiction in the country without a public school system.