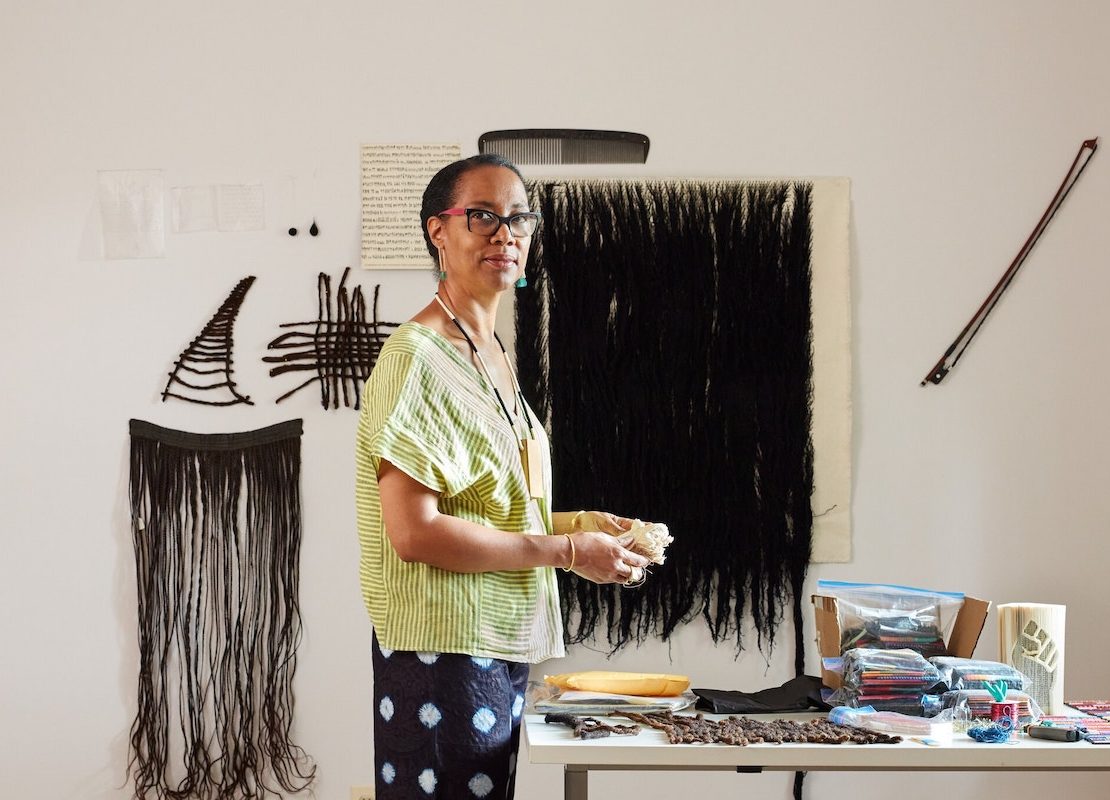 Sonya Clark’s work is unequivocally political: Her 2019 wall hanging “These days. This country. This history.” consists of the remains of an unraveled American flag onto which the unmistakable X of the Confederate battle flag, also in tatters, has been woven, the two flags hopelessly intertwined. She believes the election of Donald Trump added fuel to her fire, and indeed, these days, as we witness the continuing state-sanctioned murder of Black people, her work feels especially relevant. Yet the western Massachusetts-based Clark, 53, isn’t making work for the news cycle. While some political art can, like Trump himself, feel temporary, a product of and for its time, Clark’s goes to the root of longstanding injustices and hypocrisies woven, if not into the actual flag, then into the metaphorical fabric of American culture.

Born to a Trinidadian psychiatrist father and a Jamaican nurse mother in Washington, D.C., Clark didn’t always know she wanted to be a maker. As a lover of math and logic, she followed a more traditional path and received her first bachelor’s degree, having majored in psychology, from Amherst College, where she recently joined the faculty. (Her husband of 25 years, Darryl Harper, a jazz musician, also teaches there.) During her time there as a student, though, she became interested in African diasporic art and the ways objects hold identity. “I took a couple of classes with an African art professor who is now my colleague,” she says. “His name is Rowland O. Abiodun, and he helped me feel these connections between my Caribbean heritage and Yoruba culture, these deep, straightforward connections to West Africa, and I realized that that’s also home.”