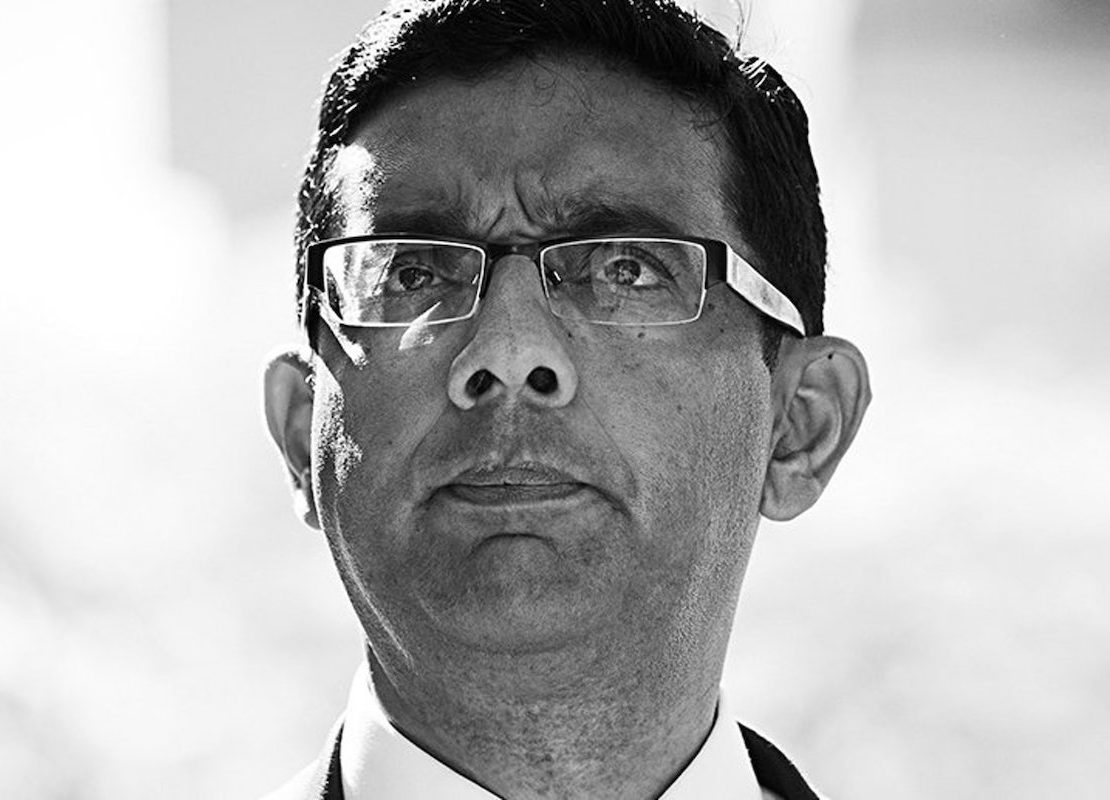 As an Indian man, D’Souza has the privilege of appealing to white conservatives by being the minority in the room willing to attack Black people.

Whenever white people do something terrible — I could give you an example or you could just Google “Karen” and save me the trouble — I often joke to my white friends that they have to collect their people. But now, given conservative political commentator Dinesh D’Souza’s recent statements defending the president and attacking Kamala Harris, I must accept my burden, and collect this idiot.

If you’re not versed in D’Souza’s oeuvre, you’re very lucky. Originally from Mumbai, he’s a right-wing commentator perhaps best known for his yearslong hard-on for attacking Barack Obama, first in 2010 with his book The Roots of Obama’s Rage, and then in 2012 with a documentary based on the book. He’s also released a few other documentaries including Hillary’s America (which is an extended argument against the Democratic Party) and Death of a Nation, which features white nationalist Richard Spencer, and compares Trump to Abraham Lincoln and Democrats to fascists.

D’Souza’s latest round of comments may also be some of his dumbest. Last week he went on Twitter to, again, defend Donald Trump when the president pronounced Thailand as “Thighland.” “‘Thighland,’ not ‘Tai-land,’ is how English speakers around the world say it,” tweeted D’Souza, which is too stupid an argument to parse. Then yesterday, he hopped over to Fox News to argue that Kamala Harris shouldn’t be considered “African American” because she’s related to “one of the largest slave owners in Jamaica.”