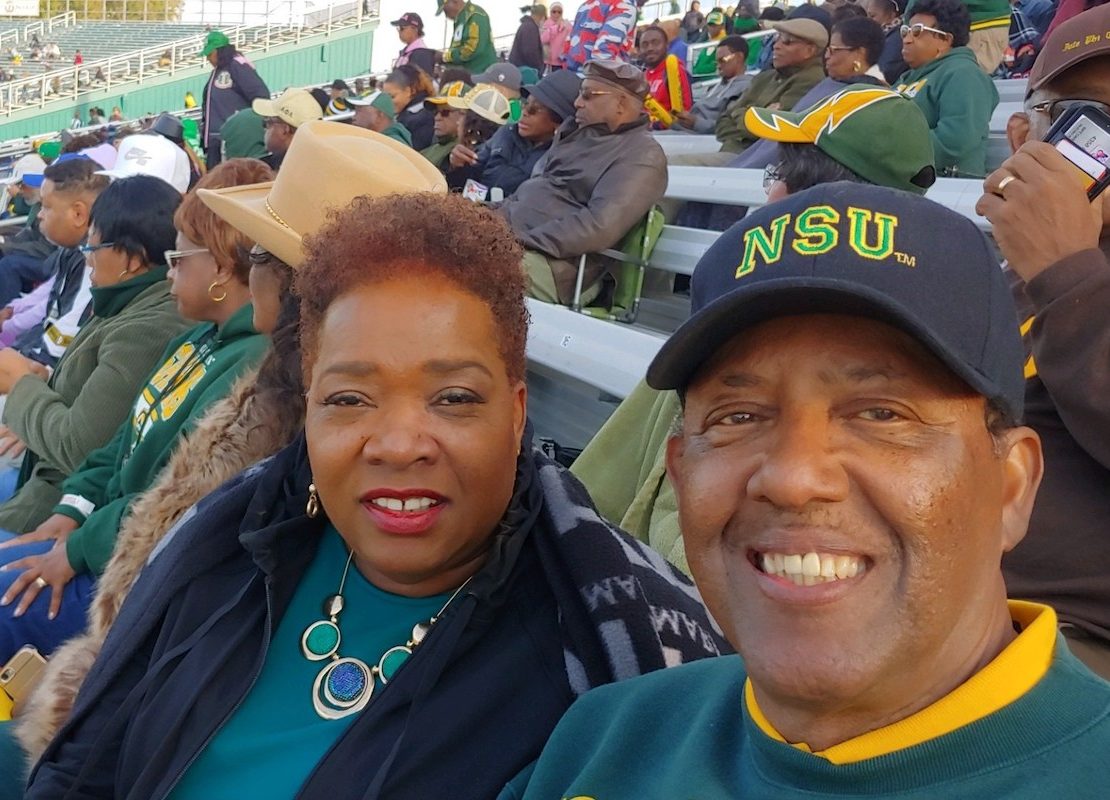 Larry and I met at Norfolk State University in Norfolk, Virginia, “Behold the Green and Gold!” Our freshman year, we boarded a bus to go to a basketball game. I immediately knew after seeing Larry that I would marry him! We started dating soon after we met in 1970 and became engaged in our junior year of college. We were married a week before our graduation on May 11, 1974, and during that same month, Larry was commissioned as an officer into the United States Army.

I’m from a small town in Virginia called South Hill. I was raised with a loving mother and father and four siblings. Larry, on the other hand, was raised by his single mother and two siblings but also in a small Virginia town. For me, I often heard my parents pray together and work collectively as a team because their bedroom was right next door to mine. Thinking back, their interactions as a couple taught me how a husband and wife who were committed and loved each other should work together as a solid unit.