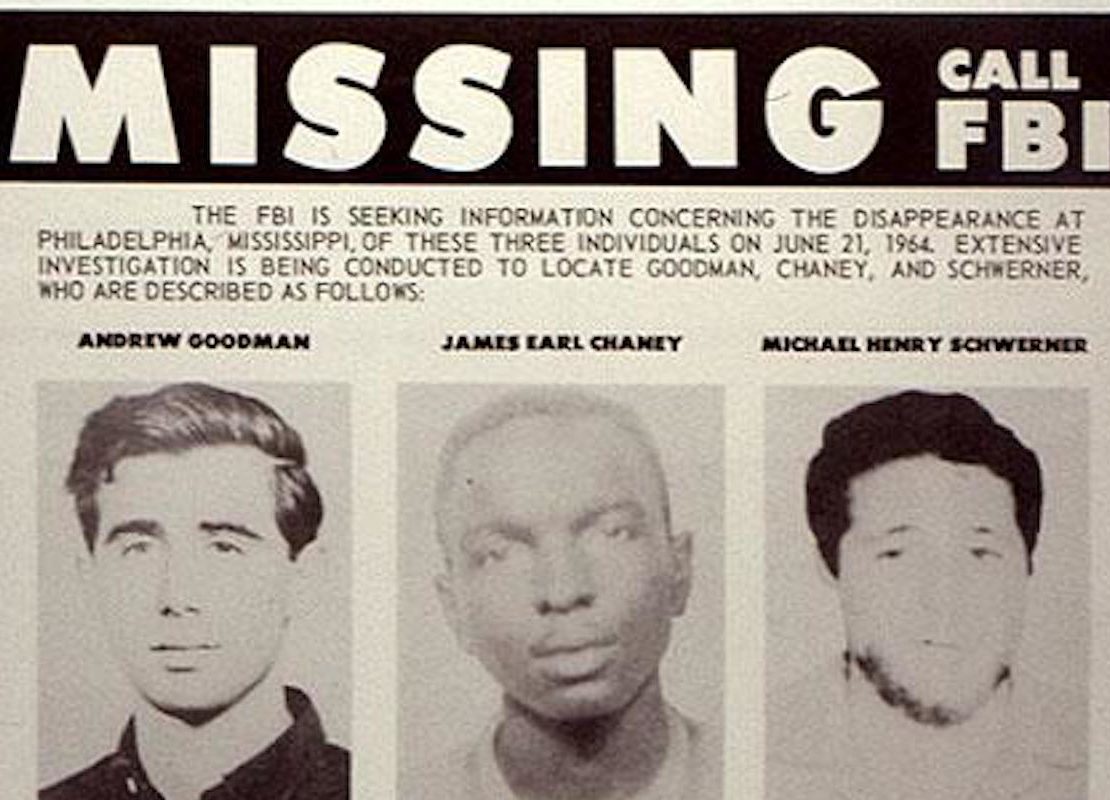 On August 4, 1964, following several weeks of national news coverage and an intensive search by federal authorities, the bodies of civil rights workers Michael Schwerner, James Chaney, and Andrew Goodman were found in Longdale, Mississippi. The three men, who went missing after being released from a local Mississippi jail, had been shot to death and buried in a shallow grave.

Earlier that year, Michael Schwerner had traveled to Mississippi to organize Black citizens to vote. A white New Yorker working with the Congress of Racial Equality (CORE), Mr. Schwerner worked extensively with a Black CORE member from Meridian, Mississippi, named James Chaney. The activist pair led an effort to register Black voters and helped Mt. Zion Methodist Church, a Black church in Longdale, create an organizing center. These developments angered local members of the Ku Klux Klan; on June 16, while Mr. Schwerner and Mr. Chaney were away, Klansmen torched the church and assaulted its members.