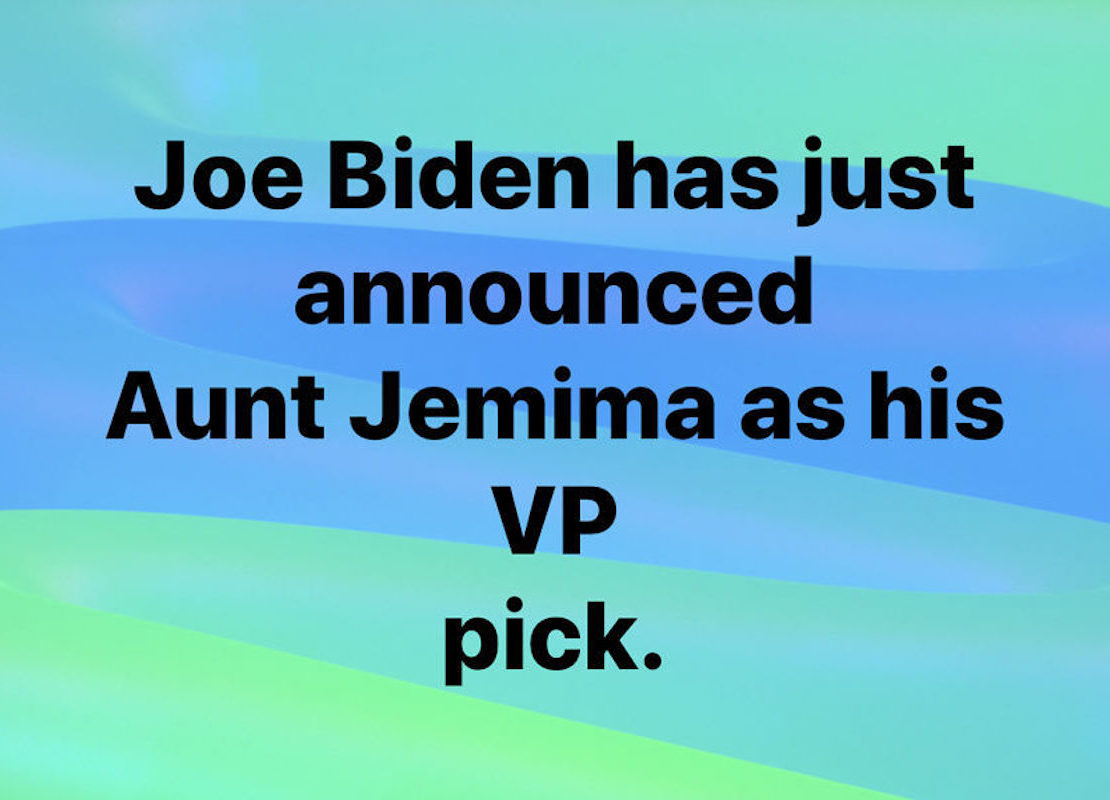 The mayor of a small Virginia town was facing calls to step down Monday after a message on presidential politics that had racist and sexist overtones appeared on — and was deleted from — his social media account.

Biden, the presumptive Democratic nominee for president, is expected to announce his running mate in coming weeks. He has said he will add a woman to the ticket, and several women of color are among those being considered.