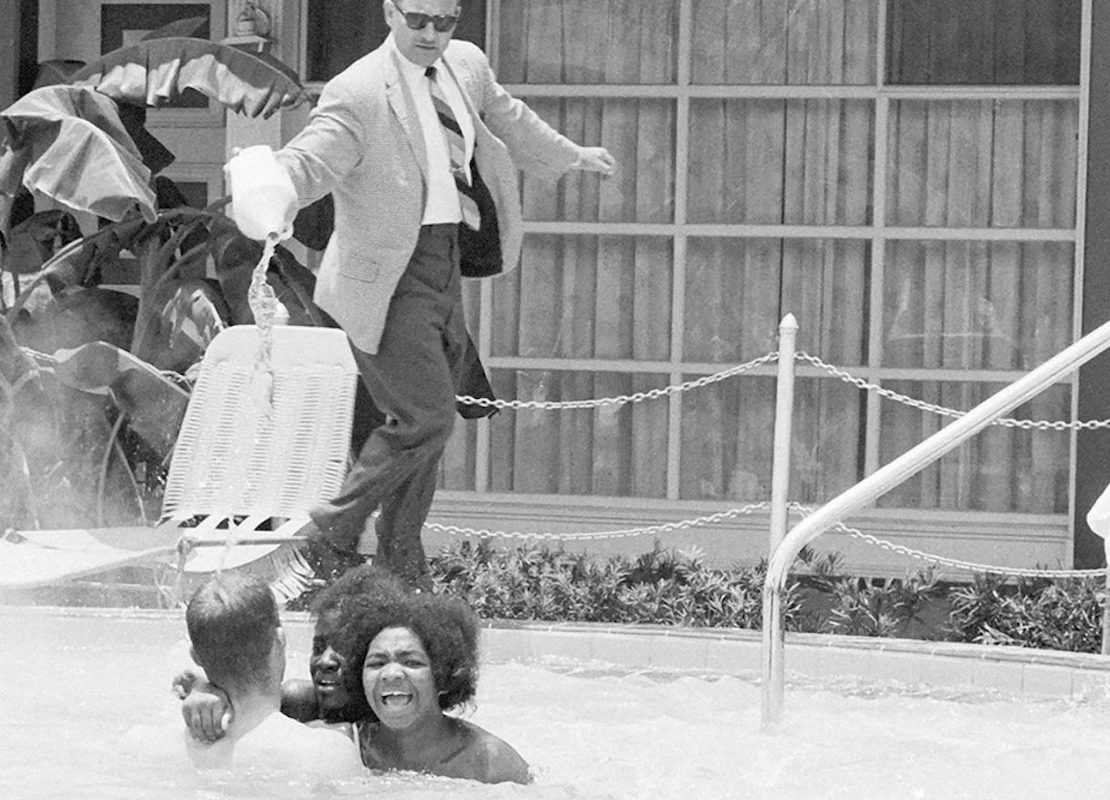 A day before the Senate voted to pass the Civil Rights Act of 1964, Mimi Jones joined six other civil rights activists in leaping into a Whites-only motel pool in St. Augustine, Fla. Moments later, the motel’s manager emerged with a jug of muriatic acid, a cleaning agent, and poured it into the water.

Diluted by the water, the acid irritated Ms. Jones’s face and eyes but otherwise left the protesters unharmed. And as a White crowd cheered nearby — “Arrest them! Get the dogs!” — an out-of-uniform police officer dove into the water, wearing everything but his shoes.

Ms. Jones and her fellow swimmers were hauled off to jail, along with a group of more than 40 other civil rights protesters, including 16 rabbis, who had tried to dine at the Monson Motor Lodge’s Whites-only restaurant.