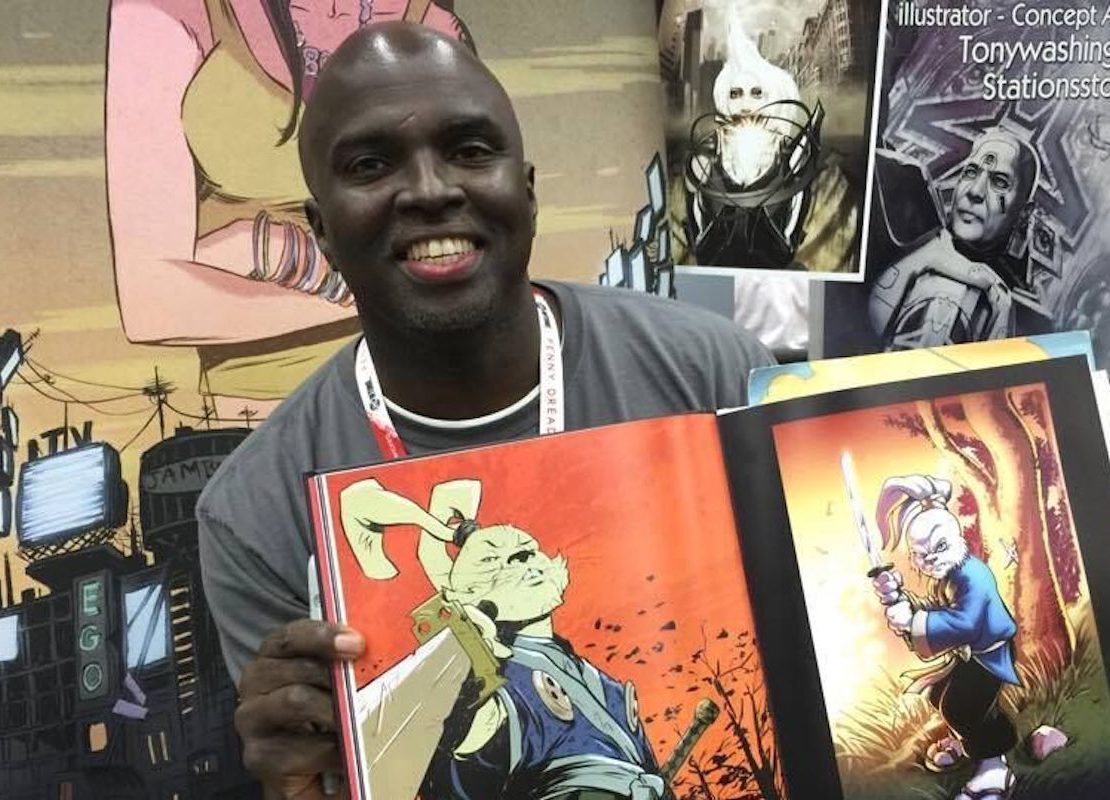 A Columbia artist is now a winner of the highest award given by the comic book industry.

Sanford Greene, along with co-creators David Walker and Chuck Brown, was awarded the Eisner Award for Best Continuing Series for “Bitter Root.”

The Eisner Awards, given for creative achievement in American comic books, are considered the comic industry’s equivalent of the Oscars. The awards are usually presented at the annual San Diego Comic-Con, but were given virtually this year, with the convention canceled due to COVID-19.

“Thanks to the whole team,” Greene said, including editor Shelly Bond, publishers Image Comics, and all the others involved in producing the series. “Special thanks to my family as well, to my wife and my two awesome kids that put up with all of the back and forth of me trying to bring this thing to life with my partners, David and Chuck.”