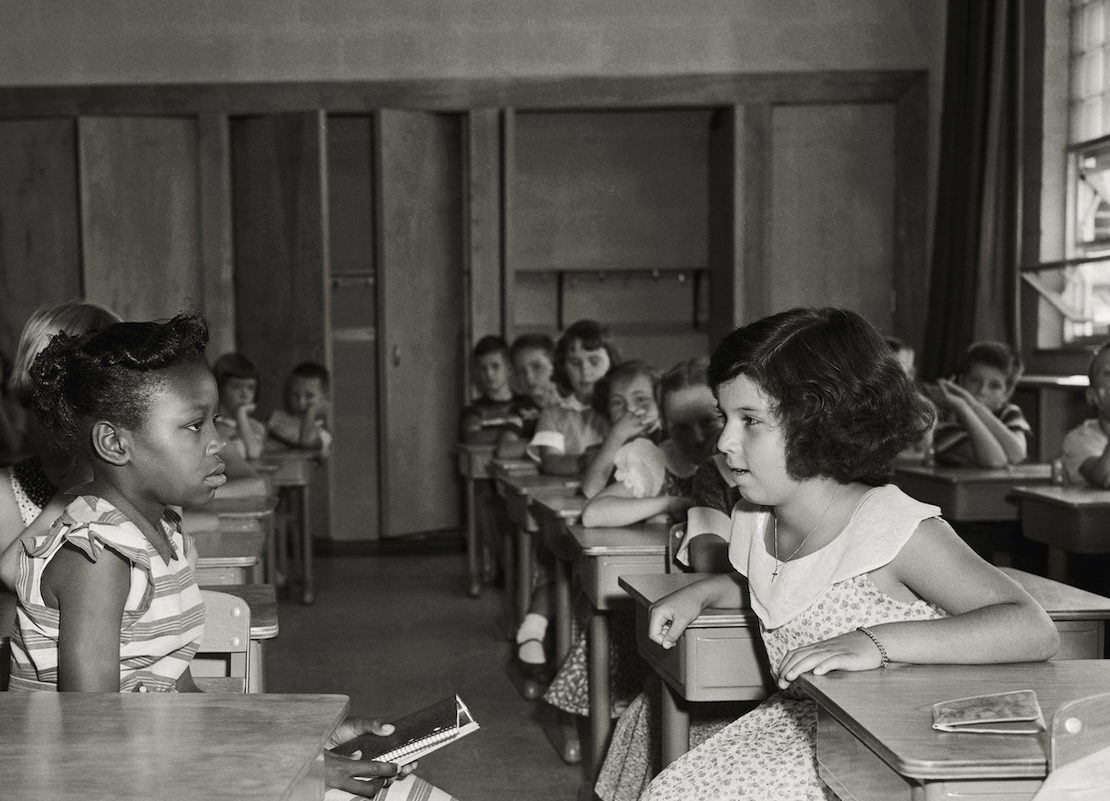 In the 1960s, African American mothers noticed something wrong in their children’s seemingly innocent class photos. Every year, youngsters tidied up in their Sunday best for their school picture, which captured a milestone of childhood. But, after the Supreme Court desegregated schools with the Brown v. Board of Education decision in 1954, these Black mothers saw something when their children brought these treasured images home: color photos of schoolmates sitting elbow-to-elbow didn’t capture Black and white children equally.

White children were rendered as they look in everyday life, while African American children lost features of their faces and turned into ink blots. The film could not simultaneously capture both dark and light skin, since an undetected bias was swirled into the film’s formulation. For decades, this flaw of the film remained out of sight, when schools were segregated and Black boys and girls and white boys and girls were photographed separately. But with the integration of schools, Black mothers witnessed that color film left their Black children in the shadows.