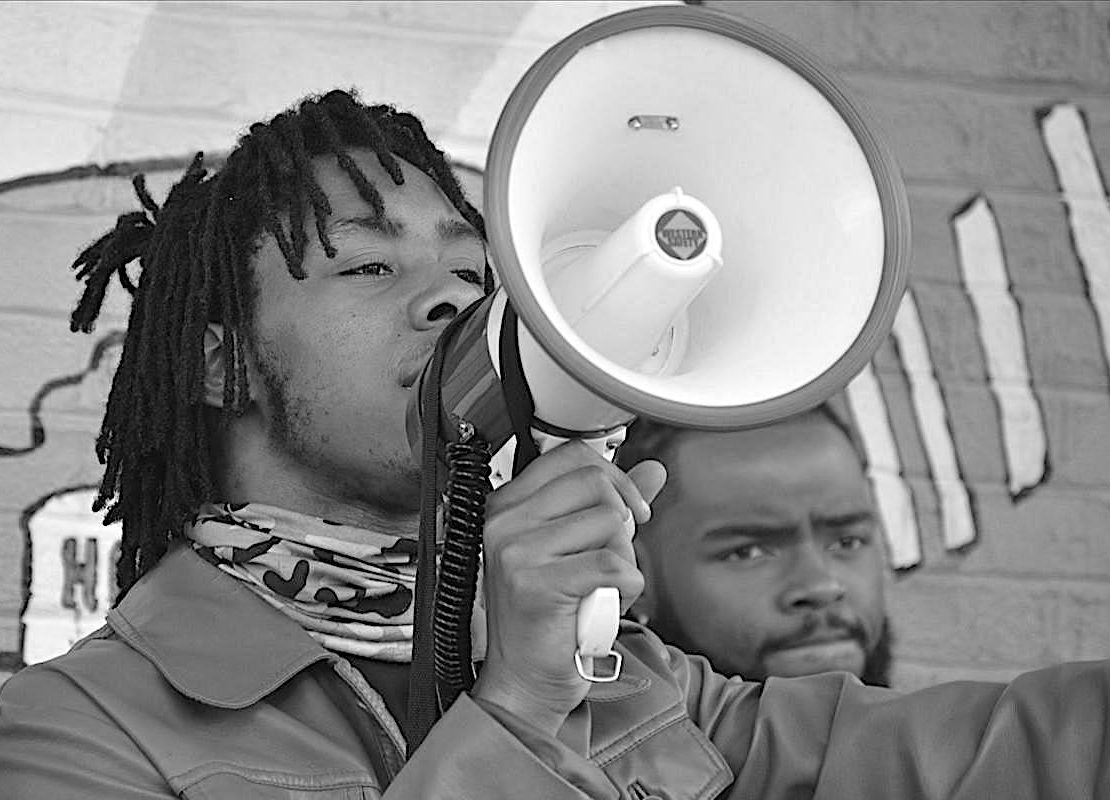 MARION, Va. — It had been three weeks since the cross burning. Three weeks since Travon Brown’s sense of triumph from leading a Black Lives Matter march was consumed by the fire in his front yard.

In the threat-filled days that followed, the 17-year-old black high school student looked at the scorched earth and vowed to protest again.

But now it was the morning of the second march, and Brown sat on the porch, rubbing the sleep out of his eyes in his Nickelodeon pajamas and bracing himself for confrontation.

Half an hour earlier, 50 bikers had roared into downtown Marion, many with Confederate flags on their Harleys and pistols on their hips. Two hundred additional counterprotesters were assembling around the Confederate memorial on the courthouse lawn.