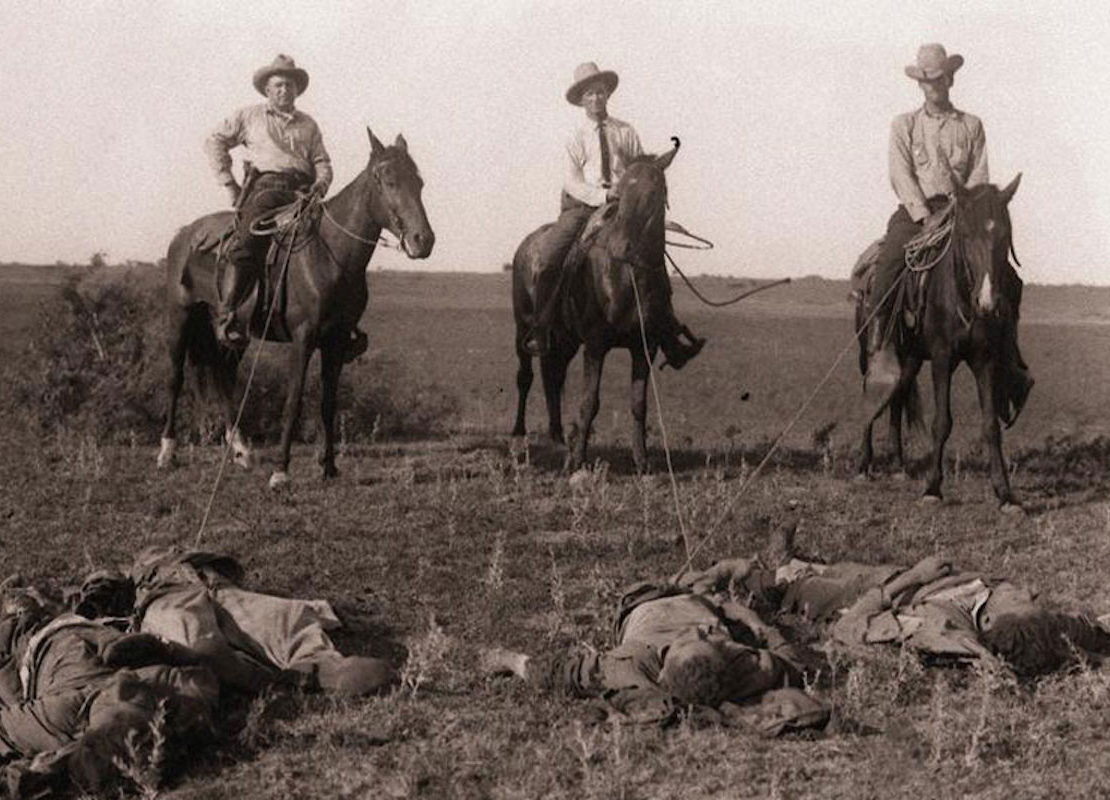 As the Washington football team finally gives up its racist slur of a name, there is one major sports team that has avoided the spotlight and resisted meaningful engagement with the violent and racist implications of its name. To know the full history of the Texas Rangers is to understand that the team’s name is not so far off from being called the Texas Klansmen.

I grew up in Dallas, raised on myths about Texas Rangers as brave and wholesome guardians of the Texas frontier, helping protect innocent settlers from violent Indians. At church, boys could sign up to be Royal Rangers, the Christian equivalent of the Boy Scouts. I still remember the excitement when Chuck Norris himself, star of the television show “Walker, Texas Ranger,” came to visit my elementary school class.

My dad sometimes took my younger siblings and me to Arlington Stadium to watch the Rangers play. No state mythologizes itself quite like Texas, so of course, it made sense to have a team name that embodied that gauzy, self-regarding history. At the same time, being from a Ghanaian immigrant family, we weren’t that invested in baseball, or the team name. I just liked going because my dad would sometimes let me take sips of his Coca-Cola mixed with beer.

Featured Image, The Robert Runyon Photograph Collection, Image 00097, Courtesy of The Center For American History, The University of Texas at Austin
Full article @ The Washington Post