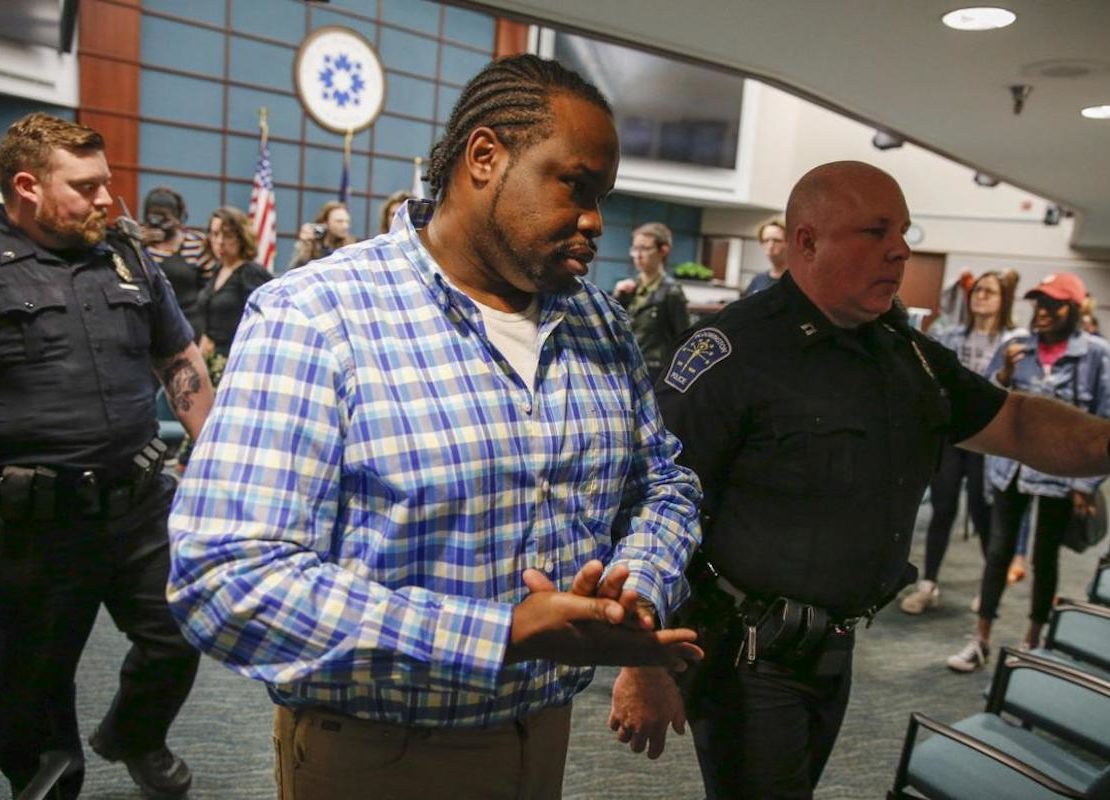 James Baldwin Was Right All Along | The Atlantic

By Jeremy Hogan, The Bloomingtonian

A Bloomington resident said he was assaulted, injured and threatened with a noose by a group of men on public property near the shore of Lake Monroe on Saturday the 4th of July.

Saturday just before 7:52 p.m. Vauhxx Booker, a prominent voice for civil rights in Bloomington, and member of the Monroe County Human Rights Commission, said he called 911 after being assaulted, and that the DNR came to the scene, but refused to arrest his attackers. Booker said he was pinned to a tree, and a group of men threatened to break his arms, and made the statement “get a noose,” while telling Booker’s companions to leave the area. Booker said the individuals, who had Confederate flags, and made statements about “white power” claimed he and his companions had trespassed on private property.

“I don’t want to recount this, but I was almost the victim of an attempted lynching. I don’t want this to have happened to me or anyone. It hurts my soul, and my pride, but there are multiple witnesses and it can’t be hidden or avoided,” said Booker.