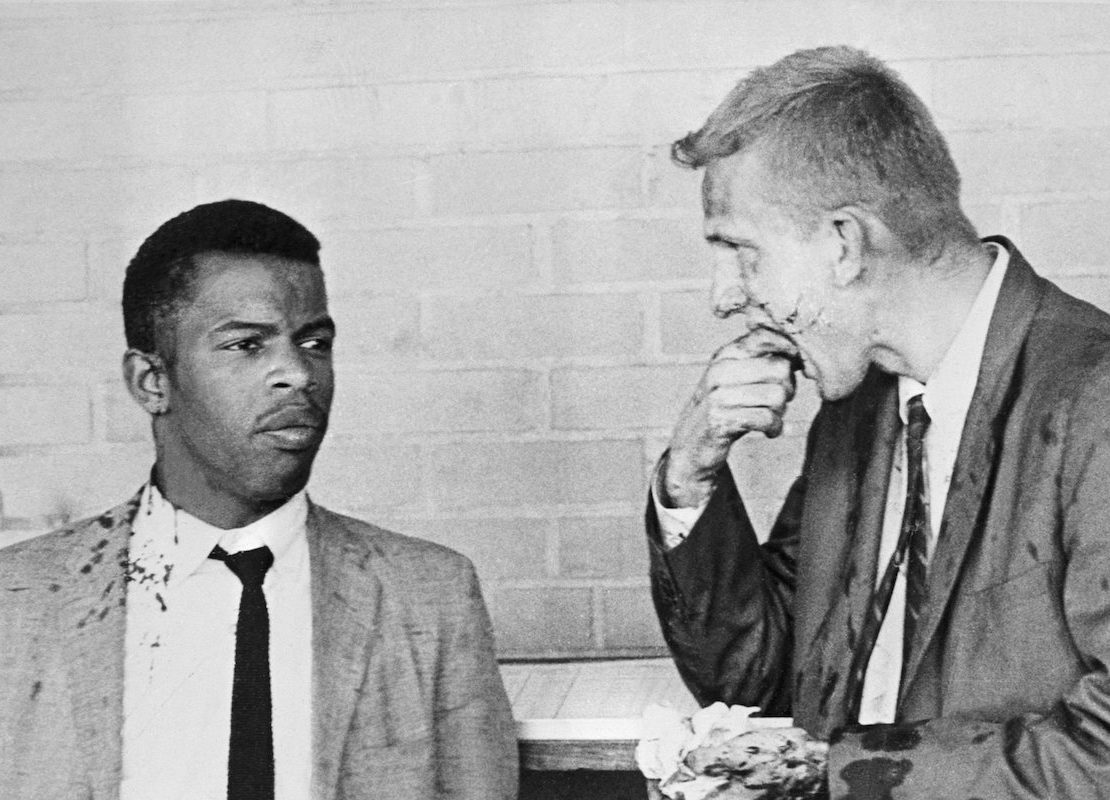 When a young Southern Baptist pastor named Alan Cross arrived in Montgomery, Ala., in January 2000, he knew it was where the Rev. Martin Luther King, Jr. had his first church and where Rosa Parks helped launched the famous bus boycott, but he didn’t know some other details of the city’s role in civil rights history.

The more he learned, the more troubled he became by one event in particular: the savage attack in May 1961 on a busload of Black and white Freedom Riders who had traveled defiantly together to Montgomery in a challenge to segregation. Over the next 15 years, Cross, who is white, would regularly take people to the old Greyhound depot in Montgomery to highlight what happened that spring day.

“They pull in right here, on the side,” Cross said, standing in front of the depot. “And it was quiet when they got here. But then once they start getting off the bus, around 500 people come out – men, women and children. Men were holding the Freedom Riders back, and the women were hitting them with their purses and holding their children up to claw their faces.” Some of the men carried lead pipes and baseball bats. Two of the Freedom Riders, the civil rights activist John Lewis and a white ally, James Zwerg, were beaten unconscious.