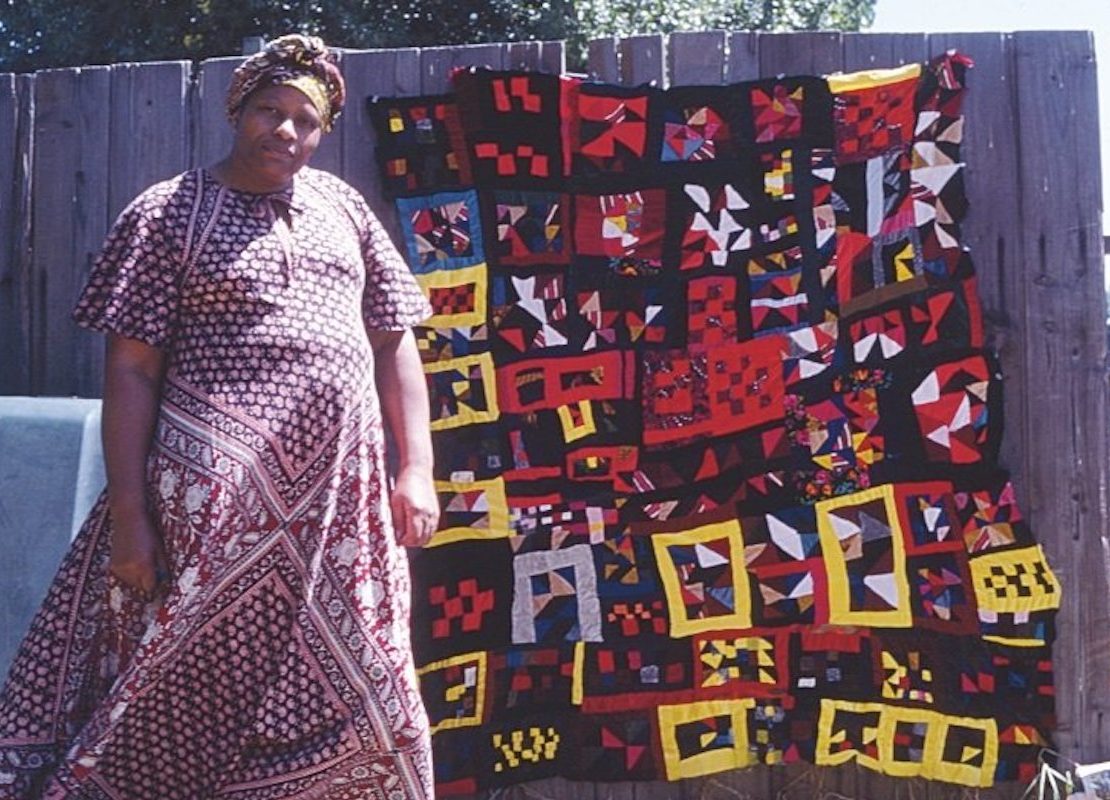 A triumphal retrospective at the Berkeley Art Museum confirms her standing as one of the great American artists — transcending craft, challenging painting and reshaping the canon.

In 1997 I walked into the Berkeley Art Museum to be greeted by a staggering sight: an array of some 20 quilts unlike any I had ever seen. Their unbridled colors, irregular shapes and nearly reckless range of textiles telegraphed a tremendous energy and the implacable ambition, and confidence, of great art.

They were crafted objects that transcended quilting, with the power of painting. This made them canon-busting, and implicitly subversive. They gave off a tangible heat. I left in a state of shock — I knew I had been instantly converted but I didn’t yet know to what.

In memory the show became a jubilant fugue of small squares of velvet in deep gemstone hues, dancing with not much apparent order yet impeccably arranged for full effect. My first thought was of Paul Klee, that kind of love-at-first-sight allure, seductive hand-madeness and unfiltered accessibility, only bigger and stronger.

The planets had aligned: I’d happened on the first solo show anywhere of Rosie Lee Tompkins, an exemplar of one of the country’s premier visual traditions: African-American improvisational quilt-making — an especially innovative branch of a medium that reaches back to African textiles and continues to thrive.