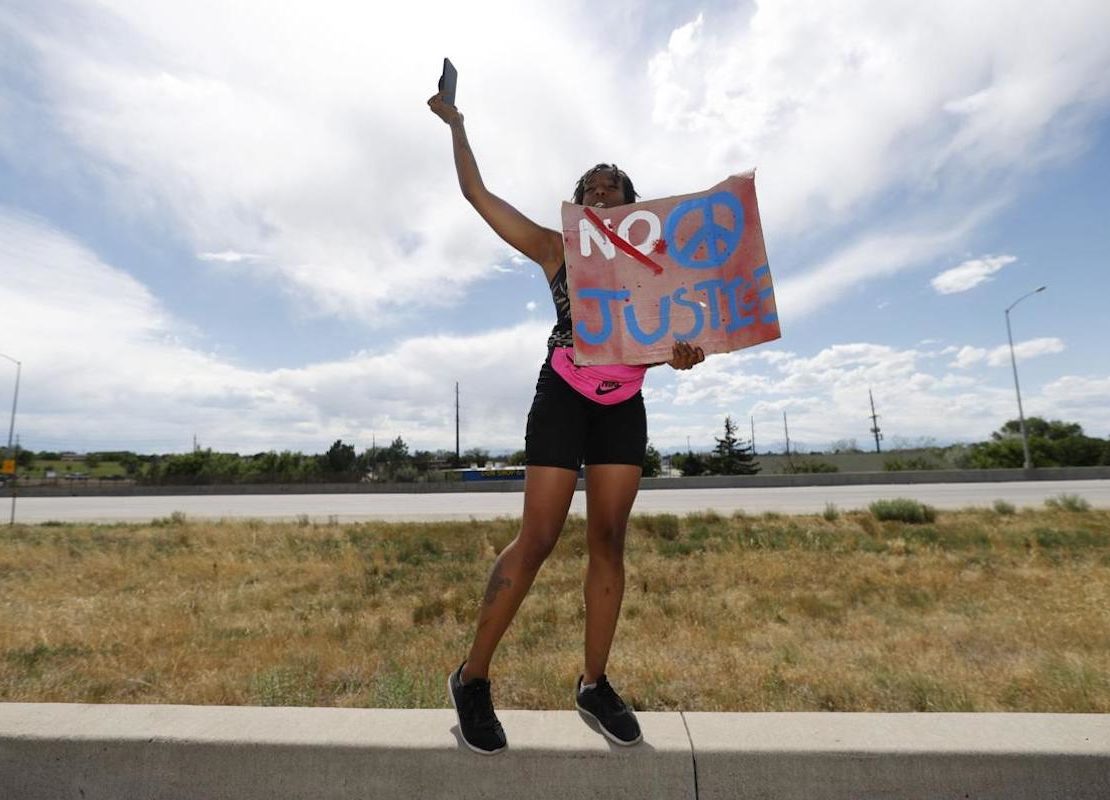 Three Aurora, Colorado police officers have been placed on administrative leave after allegedly taking photos at a memorial for Elijah McClain.

Brian Maass, an investigative reporter for CBS4 in Denver, posted on Twitter that the officers were taking “inappropriate photos” at the memorial.

Reports are that the officers were reenacting the chokehold used on the young man.

23-year-old McClain was killed while in police custody after being detained while walking home. The young man was wearing a ski mask, and a resident called 9-1-1 to report a “suspicious person.”