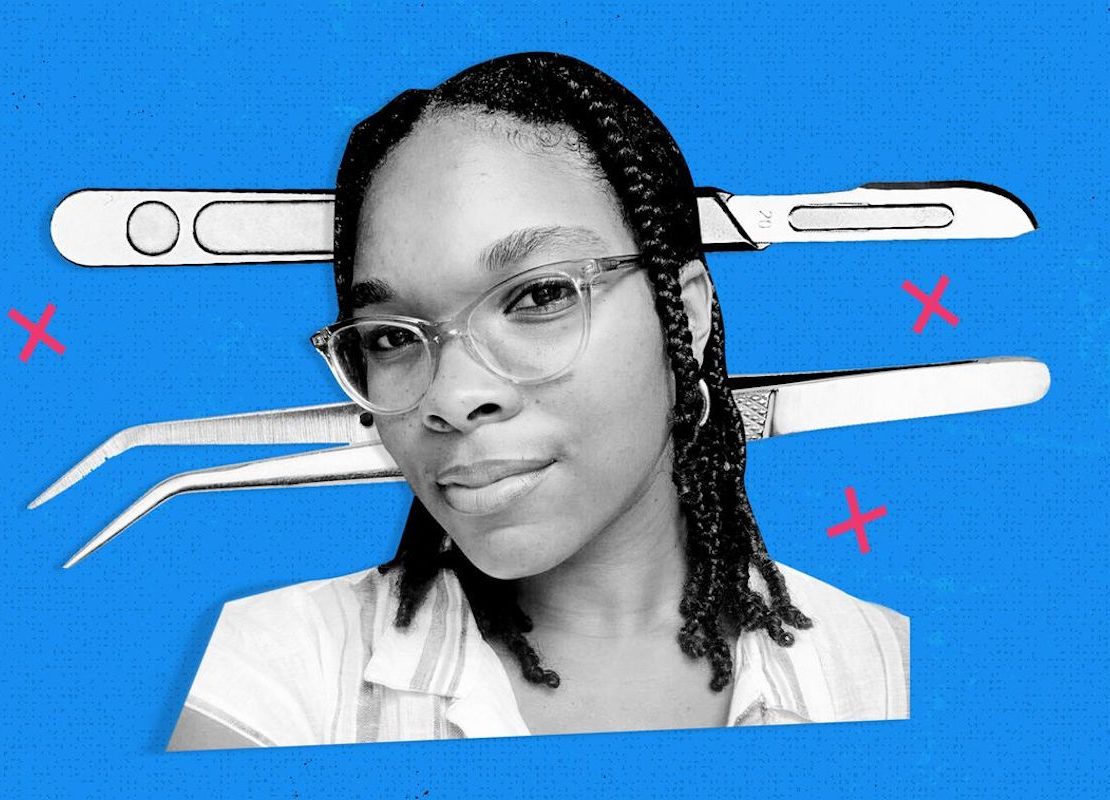 By Soo Youn, The Lily

For the past couple of years, India Marshall has been contemplating getting another surgery to have bone growths in her head removed. She had already undergone one operation when she was about 20 years old.

Now 29, and working as a manager in a primary care clinic, Marshall was experiencing more growth from her osteomas. While not dangerous, they can be painful. Several had started to grow on her forehead and between her eyes, making it uncomfortable and annoying when she wore her glasses. She met with a few surgeons about getting them removed, but she didn’t quite feel comfortable with their surgical plans.

That changed when she met with Jewel Greywoode, an ear, nose and throat physician who specializes in cosmetic and functional facial plastic surgery. He was the only surgeon who mentioned going though Marshall’s nose, so she wouldn’t be left with scars on her face. The other doctors told her she would need an ear-to-ear incision on her head, and hair might not grow back over the scar.