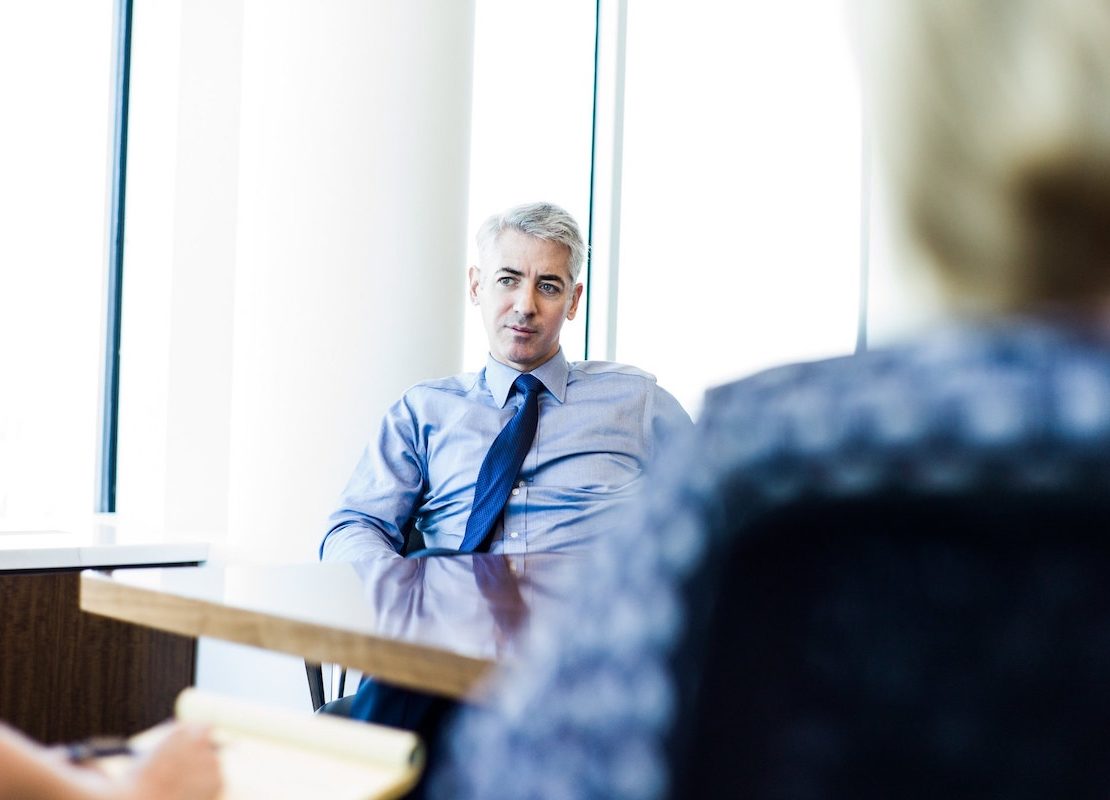 At theForbes Philanthropy Summiton Thursday afternoon, billionaire private equity investor Robert F. Smith laid out his plan to close the racial wealth gap in America. Among his compelling ideas was a recommendation that America’s largest corporations and Wall Street firms take deliberate actions to support Black-owned businesses and banks. Capitalizing these firms, Smith noted, could create a multiplier effect for minority communities, compounding opportunity and chipping away at an inexcusably wide wealth gap.

Today’s important national discussion on the racial wealth gap is beginning to be met with action. In fact, one of the biggest and most highly anticipated deals on Wall Street in 2020 is poised to set a new bar in utilizing Black-owned businesses, those headed by other under-represented minorities, and veterans.

Billionaire Bill Ackman of hedge fund Pershing Square Capital Management is in the process of listing a massive, $4 billion publicly-traded pool of capital to make his next major investment. To get the deal done, Ackman has hired investment banks headed and owned by Black founders, women and veterans.

Robert Frederick Smith (born December 1, 1962) is an American businessman, philanthropist, chemical engineer, and investor. He is the founder, chairman, and CEO of investment firm Vista Equity Partners. Forbes has named Smith on several business lists, including its list of the 100 greatest living business minds, and the wealthiest people in America.In 2019, Smith pledged to eliminate $34 million of student loan debt for the Morehouse College graduating class that year. For the pledge, he was named “Executive of the Year” at the 2019 PitchBook Private Equity Awards, which recognize individuals in the private equity industry who have made significant donations. He was also recognized as one of the 50 people “who defined 2019” on The Bloomberg 50 List..

Smith was born to Dr. William Robert Smith and Dr. Sylvia Myrna Smith, who were both school teachers. He grew up in a predominantly African American, middle-class neighborhood in Denver, Colorado. When he was an infant, his mother carried him at the March on Washington, where the Rev. Dr. Martin Luther King Jr. delivered his “I Have a Dream” speech. He attended Carson Elementary School and East High School in Denver.

In high school, he applied for an internship at Bell Labs but was told the program was intended for college students. Smith persisted, calling each Monday for five months. When a student from M.I.T. did not show up, he got the position, and that summer he developed a reliability test for semiconductors. Smith earned a bachelor’s degree in chemical engineering from Cornell University in 1985. At Cornell, he became a brother of Alpha Phi Alpha. In 1994, he received his Master of Business Administration from Columbia University with concentrations in finance and marketing.

CAREER – Smith worked at Goodyear Tire and Rubber Company, Air Products & Chemicals and later at Kraft General Foods as a chemical engineer, where he earned two United States and two European patents. From 1994 to 2000, he worked for Goldman Sachs in technology investment banking, first in New York City and then in Silicon Valley. He advised on mergers and acquisition activity with companies such as Apple and Microsoft. In 2018, Smith was included in Vanity Fair’s New Establishment List, which is an annual ranking of individuals who have made impactful business innovations.

VISTA EQUITY PARTNERS – In 2000, Smith founded Vista Equity Partners, a private equity and venture capital firm of which he is the principal founder, chairman and chief executive. As of 2019, Vista has over $46 billion in cumulative capital commitments, owns over 50 software companies and has 60,000 employees worldwide, making it the fourth largest enterprise software company after Microsoft, Oracle, and SAP. Vista has exclusively focused on the enterprise software, data and technology sectors. Among Vista’s portfolio companies are Finastra, TIBCO, Solera, Infoblox, Mediaocean, Vertafore, Ping Identity, Lithium, Cvent, EAB and Datto.

PHILANTHROPY AND PUBLIC POSITIONS – Smith is the board chairman of Carnegie Hall; he is the first African American to hold that position.

He is the chairman of Robert F. Kennedy Human Rights, serves on the board of overseers of Columbia Business School, as a member of the Cornell Engineering College Council, and a Trustee of the Boys & Girls Clubs of San Francisco.

In 2018, Smith was the largest individual donor at the City of Hope Gala, earmarking funds towards prostate cancer treatment for black men and for breast cancer research for black women. Smith also donated $2.5 million to the Prostate Cancer Foundation to advance prostate cancer research among African-American men. Also in 2018, Smith donated $1 million to the Cultural Performance Center at the Denny Farrell Riverbank State Park in Harlem, which was subsequently named the Robert Frederick Smith Center for Performing Arts in recognition of his gift.

Smith was named as one of the “Philanthropy 50” by The Chronicle of Philanthropy in 2017. In May 2017, The Giving Pledge announced that Smith had joined its ranks as its first African-American signatory. Smith is a member of the board of the Louis Armstrong House Museum, the only authentically preserved home of a jazz musician in the country, which manages the Louis Armstrong Research Collections, the largest single jazz musician archive in the world. With Smith’s leadership at the Fund II Foundation, the museum has digitized the entire collection Armstrong left behind and made it available to the public.

In May 2019, when he was at Morehouse College to receive an honorary doctorate and deliver the commencement address, he told the graduates he and his family would pay off the entire student loan debt of the 2019 Morehouse College graduating class of 396 students. “This is my class”, he told the graduating seniors, “and I know my class will pay this forward”. He had previously donated $1.5 million to the school in January 2019, to be used for scholarships and a park.