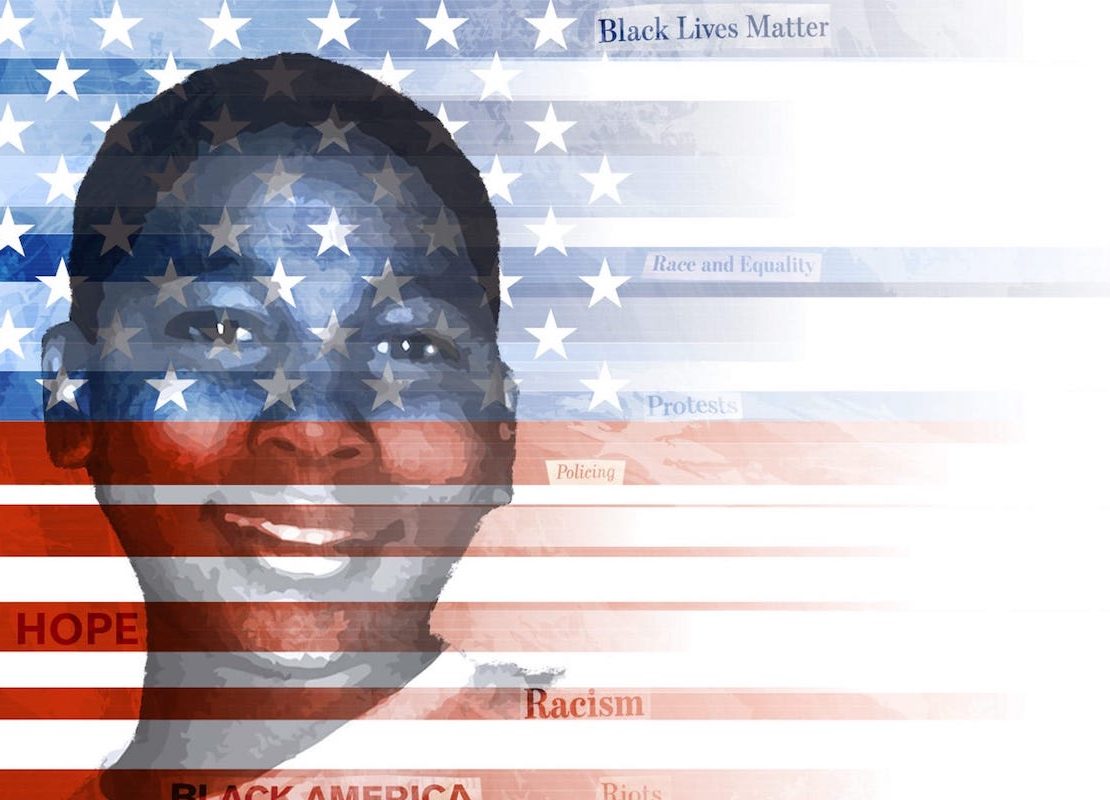 They aspire to be businessmen, artists and president of the United States.

Some want to change their communities by removing blight and closing the wealth gap between whites and minorities. Others are bound for the military, historically Black colleges or the Ivy League.

These 18-year-old Black men from across the U.S. want to make their mark. But the nation’s long history of violence and oppression against African Americans suggests the odds are against them. A 2019 study by the University of Michigan, Rutgers University and Washington University found police use-of-force was the sixth-leading cause of death for young Black men.

Already, they have endured the trauma of watching video footage of other Black men, such as George Floyd, Rayshard Brooks and Ahmaud Arbery, die after encounters with police or neighborhood vigilantes. Some have been marginalized by their classmates, discriminated against by adults who were supposed to protect them. Others grew up surrounded by the hardness of poverty.

And still they celebrate their culture, passions and the promise of what adulthood might bring.

INVESTIGATION – The Cleveland Police Department received statements from both Loehmann and Garmback. They announced they were looking for additional witnesses to the shooting, including a man who was recorded walking with Rice in the park before the shooting. Their results would be presented to a grand jury for possible charges.

On January 1, 2015, the Associated Press reported that Cleveland police department officials were looking for an outside agency to investigate the Rice shooting, as well as handle all future investigations related to deadly use-of-force incidents.

On May 15, Mother Jones magazine reported that, six months after the shooting, while the sheriff’s department announced that it had almost concluded its investigation of the shooting, neither of the two officers involved had yet been interviewed by investigators from the Cuyahoga County Sheriff’s Office. It also reported that as of that time Frank Garmback, the officer who drove the police car, was not under criminal investigation.

On June 3, the Cuyahoga County Sheriff’s Office released a statement in which they declared their investigation to be completed and that they turned their findings over to prosecutor Tim McGinty, who was expected to review the report and decide whether to present evidence to a grand jury. In response to a petition from citizens, on June 11 Municipal Court Judge Ronald Adrine agreed that “Officer Timothy Loehmann should be charged with several crimes, the most serious of them being murder but also including involuntary manslaughter, reckless homicide, negligent homicide and dereliction of duty.” Judge Adrine also found probable cause to charge Officer Frank Garmback with negligent homicide and dereliction of duty. Because Ohio judges lack the legal authority to issue arrest warrants in such cases, his opinion was forwarded to city prosecutors and Cuyahoga County Prosecutor Timothy McGinty who, as of that date, had not yet come to a decision on whether to present the evidence to a grand jury.

REPORT – On June 13, Cuyahoga County Prosecutor Tim McGinty released a redacted 224-page report of the investigation. The report included interviews with at least 27 people, including teachers, friends, and the person that called 911. Loehmann and Garmback declined to be interviewed. Contradicting statements made by police that Loehmann shouted “show your hands” three times before firing, the report included accounts from several witnesses who claimed to have not heard officers issue any verbal warning to Rice.

GRAND JURY INVESTIGATION AND DECISION – On October 10, the Cuyahoga County prosecutor’s office released two reports that McGinty had sought from outside experts about the use of force, one by retired FBI agent Kimberly Crawford, a second by Colorado prosecutor S. Lamar Sims; both reports concluded that the shooting of Tamir Rice was reasonable under the circumstances. However, amid accusations from lawyers representing the Rice family that McGinty had deliberately chosen Crawford and Sims because of their “pro-police bias” in order to cover for Loehmann and Garmback, McGinty convened a grand jury to consider whether or not criminal charges should be brought against the officers.

On December 28, McGinty reported that the grand jury had decided not to indict Loehmann or Garmback, saying, “Given this perfect storm of human error, mistakes, and communications by all involved that day, the evidence did not indicate criminal conduct by police.” The announcement prompted Rice’s mother to release a statement accusing McGinty of mishandling the investigation, stating in part, “Prosecutor McGinty deliberately sabotaged the case, never advocating for my son, and acting instead like the police officers’ defense attorney.”

Three expert witnesses who testified before the grand jury criticized the prosecutors’ behavior during the grand jury. Roger Clark, a retired LASD officer with expertise in police shootings, said that prosecutors at the hearing treated him with hostility and “disdain” for concluding that Loehmann and Garmback had acted recklessly; he also described the prosecutors as using theatrics, like none he’d ever seen in previous grand jury proceedings, which he believed were intended to lead the grand jurors to the conclusion that the prosecutors wanted them to reach. Jeffrey Noble, another retired police officer and expert in use-of-force cases (who had himself used deadly force on the job), said he was attacked by prosecutors for saying that the officers never should have escalated the situation by rushing Rice, adding, “I’ve definitely never seen two prosecutors play defense attorney so well.” And Jesse Wobrock, a biomechanics expert hired by the Rice family’s lawyers, also described the prosecutors as “acting in a way like they were defense attorneys for the cops,” and as having attacked him professionally for his testimony regarding the timing and significance of body movements by Loehmann and Rice, as seen on video footage of the shooting. (A spokesman for McGinty’s office said the three experts were only presenting “one side” of the story, but he could not elaborate because prosecutors are bound by grand jury secrecy laws.)

In the next Democratic primary for Cuyahoga County district attorney, in March 2016, McGinty lost to challenger Michael O’Malley, who received 55.8 percent of the vote. An analysis by cleveland.com claimed that of 282 majority African-American precincts in the election, McGinty won none.

DEATH SUIT AND SETTLEMENT – On December 5, 2014, Rice’s family filed a wrongful death suit against Loehmann, Garmback, and the City of Cleveland in the United States District Court for the Northern District of Ohio. The eight-page complaint accused Loehmann and Garmback of acting “unreasonably, negligently [and] recklessly” and that “[h]ad the defendant officers properly approached Tamir and properly investigated his possession of the replica gun they would undoubtedly have determined … that the gun was fake and that the subject was a juvenile.” It also accused the City of Cleveland for failing to properly train both officers, as well as failing to learn about the Independence police department’s internal memo about Loehmann.