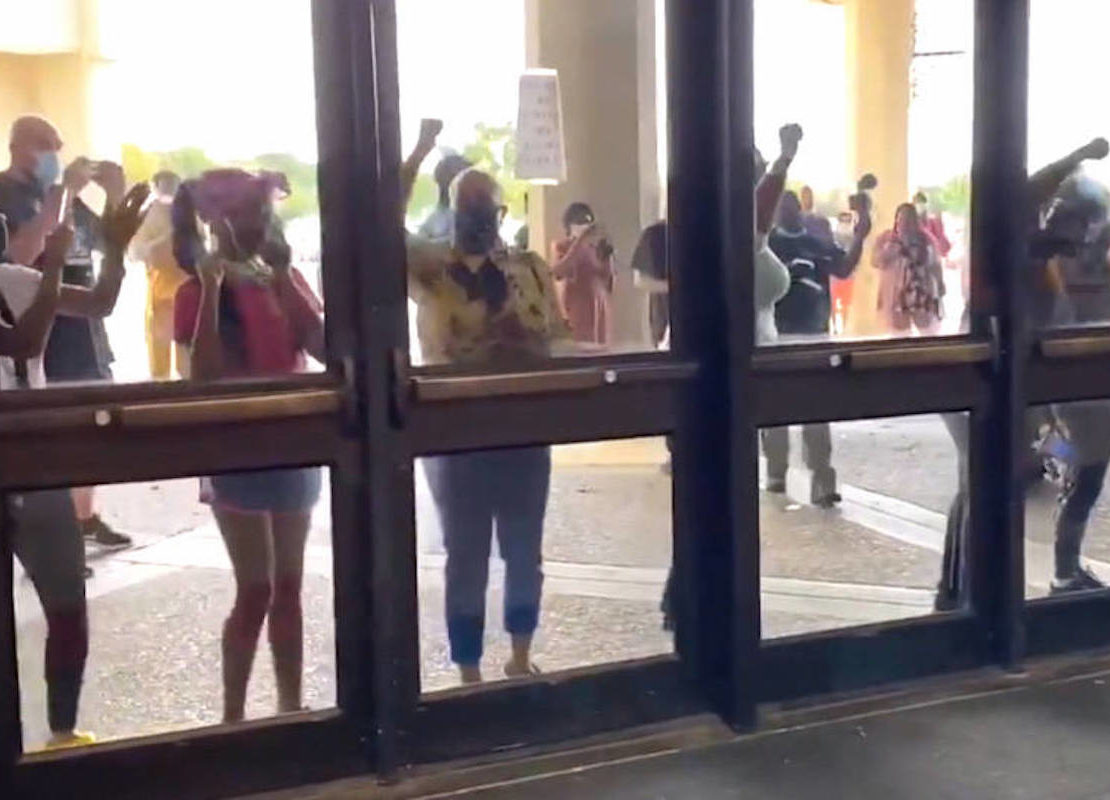 Voters went to the polls Tuesday in New York, Kentucky, Virginia and other states for primary elections marred by long lines and fears over the coronavirus. In Kentucky, officials slashed the number of polling places from 3,700 to just 170 — a 95% reduction. In Louisville, which has Kentucky’s largest African American population, just one polling place was open: the Kentucky Exposition Center. At 6 p.m., officials locked the building, even as up to 200 voters were stuck in traffic waiting to find parking spots. In a dramatic scene, scores of people banged on doors and windows demanding the right to vote. They were allowed inside just before 6:30, after a judge ordered a half-hour reprieve.

African Americans, who were mostly enslaved at the time, made up 25% of Kentucky’s population before the Civil War; they were held and worked primarily in the central Bluegrass region, an area of hemp and tobacco cultivation, as well as raising blooded livestock. The number of African Americans living in Kentucky declined during the 20th century. Many migrated during the early part of the century to the industrial North and Midwest during the Great Migration for jobs and the chance to leave segregated, oppressive societies. Today, less than 9% of the state’s total population is African-American.[citation needed]

The state’s African-American population is highly urbanized and 52% of them live in the Louisville metropolitan area; 44.2% of them reside in Jefferson County. The county’s population is 20% African American. Other areas with high concentrations, beside Christian and Fulton counties and the Bluegrass region, are the cities of Paducah and Lexington. Some mining communities in far Southeastern Kentucky have populations that are between five and 10 percent African-American.