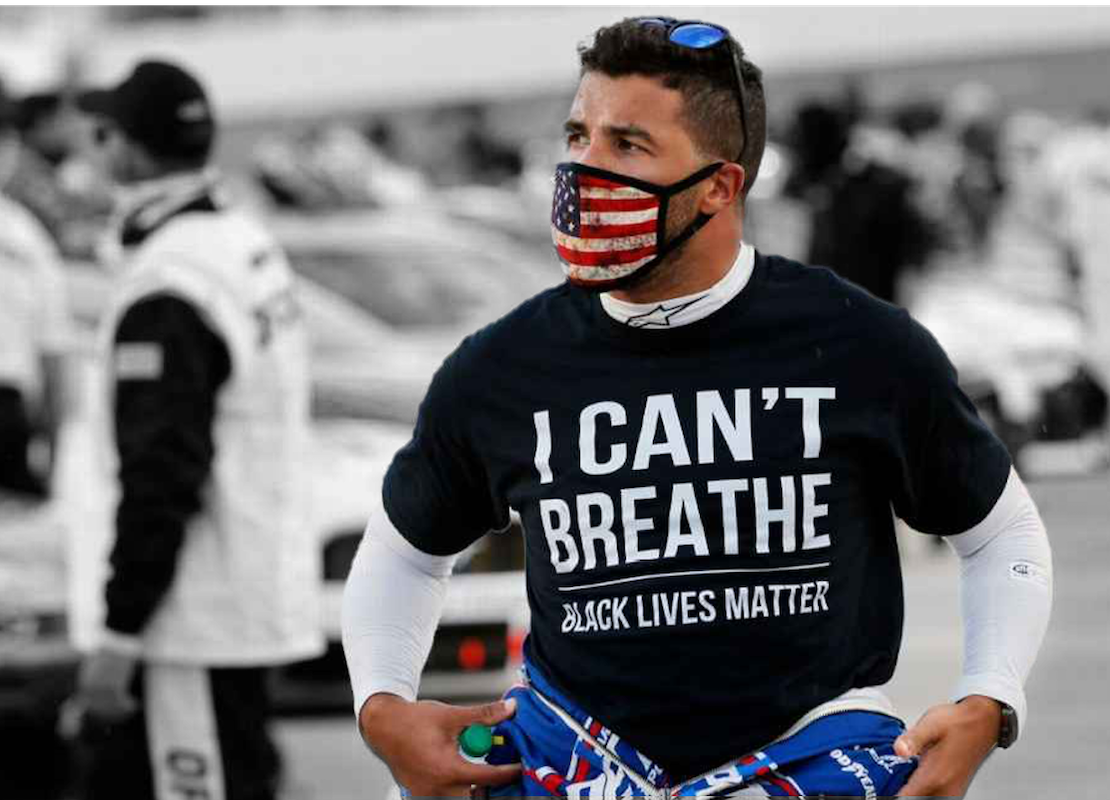 A noose was found in the garage stall of Bubba Wallace at Talladega Superspeedway in Lincoln, Alabama, on Sunday, less than two weeks after Wallace, who is NASCAR’s only black driver, successfully pushed the stock car racing series to ban the Confederate flag at its tracks and facilities.

“Late this afternoon, NASCAR was made aware that a noose was found in the garage stall of the 43 team. We are angry and outraged, and cannot state strongly enough how seriously we take this heinous act,” NASCAR said in a statement. “We have launched an immediate investigation, and will do everything we can to identify the person(s) responsible and eliminate them from the sport.

“As we have stated unequivocally, there is no place for racism in NASCAR, and this act only strengthens our resolve to make the sport open and welcoming to all.”