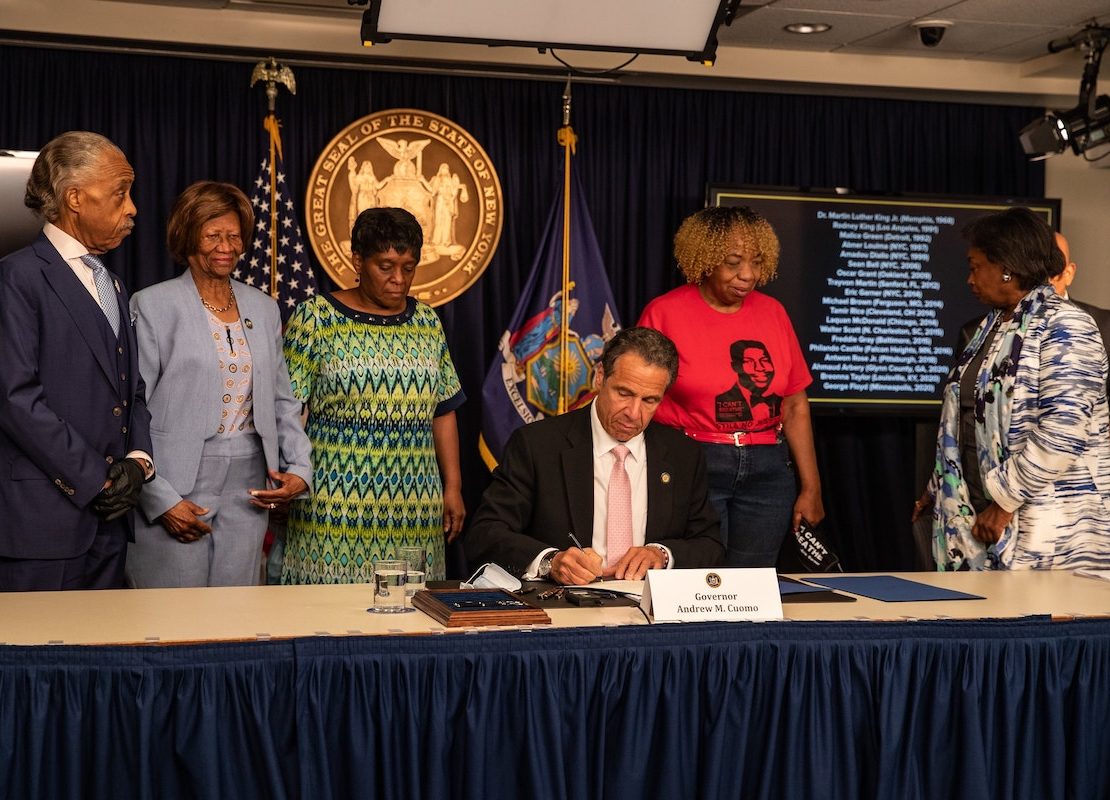 The state became one of the first to make major changes in police practices in the wake of George Floyd’s killing, which has spurred nationwide protests.

New York on Friday became one of the first states to take meaningful action to restrict police forces after the killing of George Floyd, banning the use of chokeholds by law enforcement and repealing a half-century-old law that has kept police disciplinary records secret in the state.

Gov. Andrew M. Cuomo signed the expansive package of bills less than three weeks after Mr. Floyd’s death at the hands of the police in Minneapolis, which has since sparked widespread civil unrest and demonstrations against police brutality and racism.

New York City also took tentative steps toward meeting protesters’ calls to “defund the police.” On Friday, the City Council speaker, Corey Johnson, said the Council had identified $1 billion in cuts to the Police Department’s $6 billion budget, and would urge Mayor Bill de Blasio to agree in advance of the July 1 budget deadline.

Mr. de Blasio quickly rejected the proposal, while indicating that he was open to further negotiations over the size of the Police Department. “The mayor has said we’re committed to reprioritizing funding and looking for savings, but he does not believe a $1 billion cut is the way to maintain safety,” said Freddi Goldstein, Mr. de Blasio’s press secretary.