“This is SYSTEMIC RACISM and OPPRESSION,” tweeted LeBron James.

On Tuesday, Kentucky voters will determine which Democrat will challenge Senate Majority Leader Mitch McConnell in November. Recent events have tightened the primary into a competitive race: In March, eight police officers barged into Breonna Taylor’s apartment in Louisville with a battering ram and fatally shot her. According to polling, voters outraged over Taylor’s killing and propelled by the national uprising against systemic racism have narrowed the gap between progressive Charles Booker, a Black state representative with a message about racial justice, and former Marine Amy McGrath, a moderate Democrat.

But the threat of the coronavirus pandemic, coupled with decisions by election officials to close thousands of polling places across Kentucky, leaves many of those newly energized voters in a bind.

African Americans, who were mostly enslaved at the time, made up 25% of Kentucky’s population before the Civil War; they were held and worked primarily in the central Bluegrass region, an area of hemp and tobacco cultivation, as well as raising blooded livestock. The number of African Americans living in Kentucky declined during the 20th century. Many migrated during the early part of the century to the industrial North and Midwest during the Great Migration for jobs and the chance to leave segregated, oppressive societies. Today, less than 9% of the state’s total population is African-American.

The state’s African-American population is highly urbanized and 52% of them live in the Louisville metropolitan area; 44.2% of them reside in Jefferson County. The county’s population is 20% African American. Other areas with high concentrations, beside Christian and Fulton counties and the Bluegrass region, are the cities of Paducah and Lexington. Some mining communities in far Southeastern Kentucky have populations that are between five and 10 percent African-American. 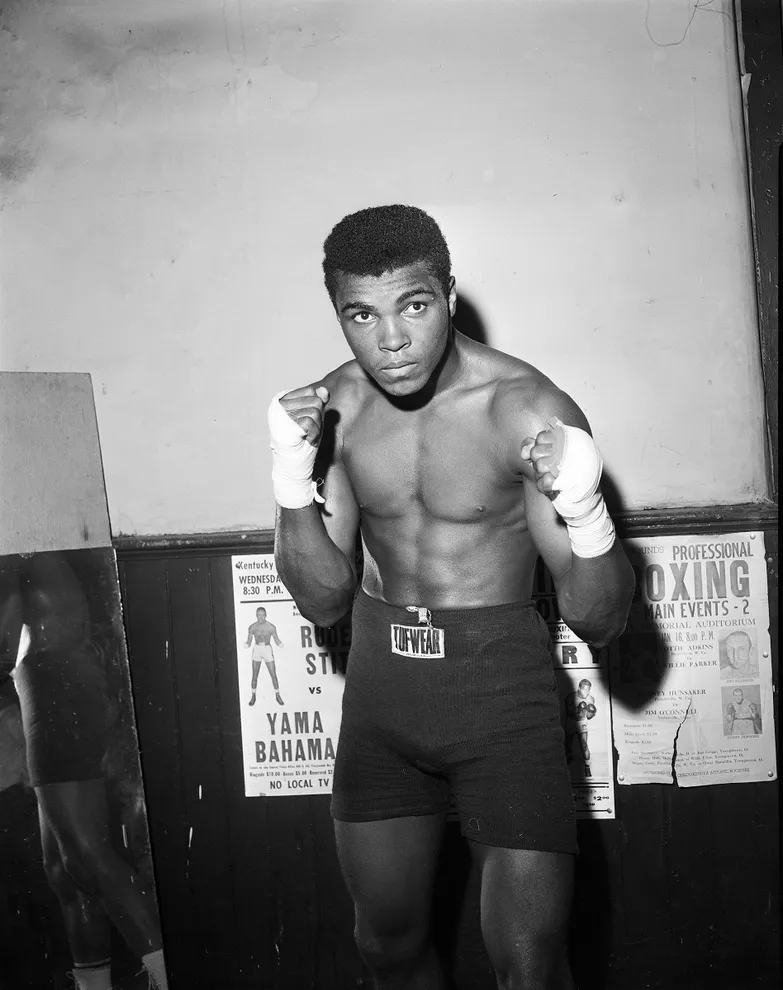 Muhammad Ali (1942-2016), born Cassius Marcellus Clay Jr. in Louisville, was a professional boxer, activist and philanthropist. Nicknamed “The Greatest,” he is widely regarded as one of the most significant and celebrated sports figures of the 20th century.

Charles W. Anderson, Jr. (1907-1960), was Kentucky’s first African American legislator in the South since Reconstruction. In 1935, after establishing a successful law practice in Louisville, Anderson ran as a Republican for the state legislature. He won and immediately began working to improve educational opportunities and better access to public facilities for Kentucky’s African Americans. Another major political achievement for Anderson was the repeal of Kentucky’s public hanging law.