Kadir Nelson is an award-winning American artist whose works have been exhibited in major national and international publications, institutions, art galleries, and museums. Nelson earned a Bachelor’s degree from Pratt Institute in Brooklyn, New York and has since created paintings for a host of distinguished clients including Sports Illustrated, The Coca-Cola Company, The United States Postal Service, Major League Baseball, and Dreamworks SKG where he worked as a visual development artist creating concept artwork for feature films, Amistad, and Spirit: Stallion of the Cimarron. 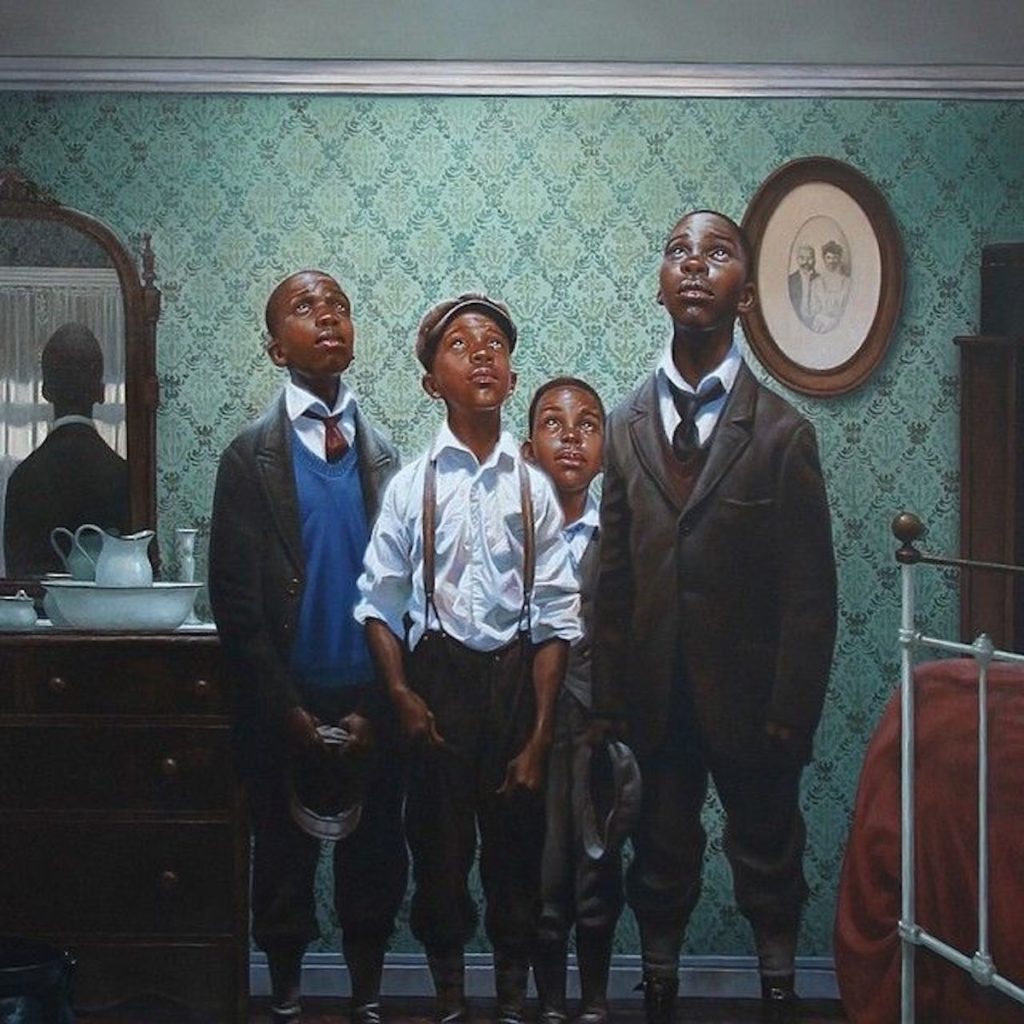 Hole In The Roof, Kadir Nelson 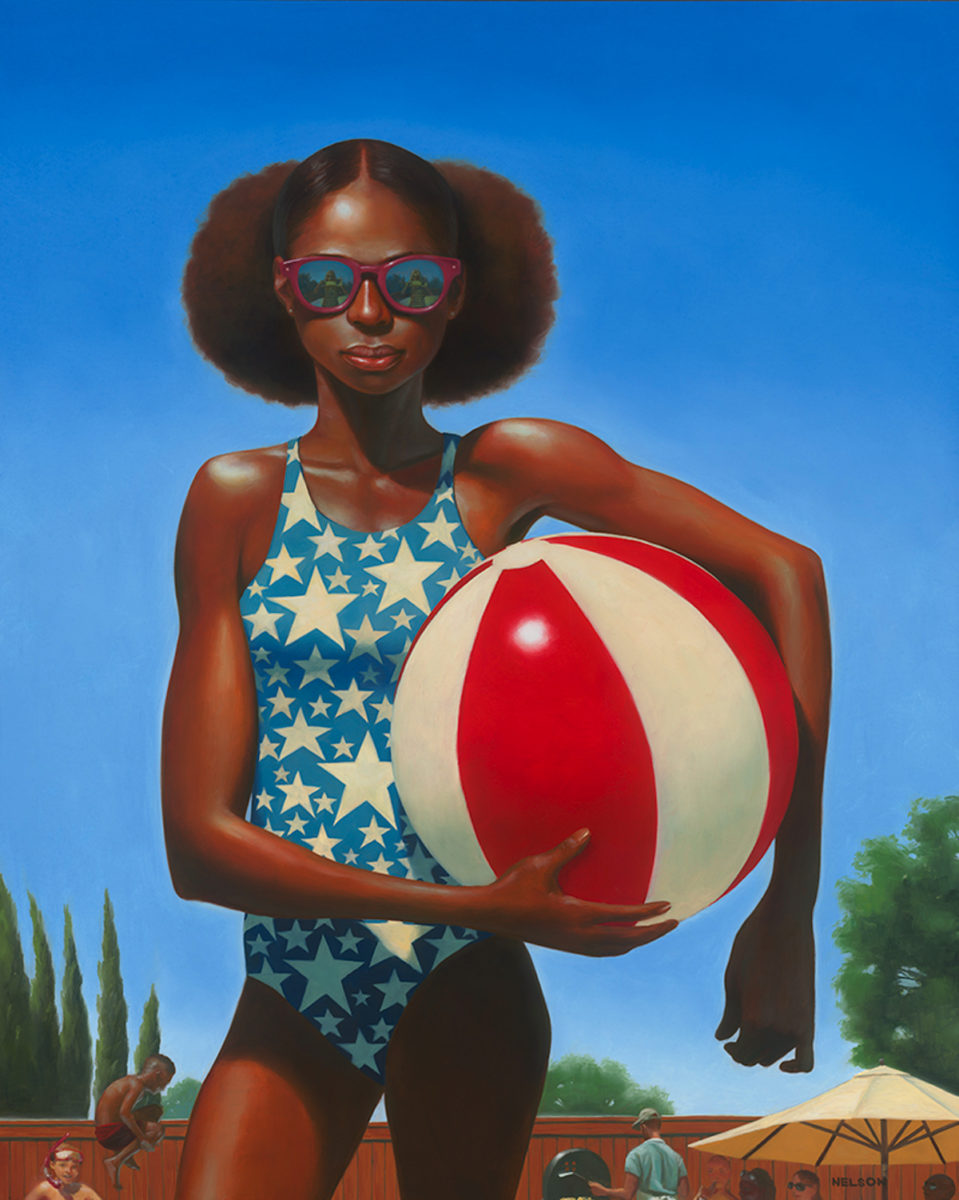 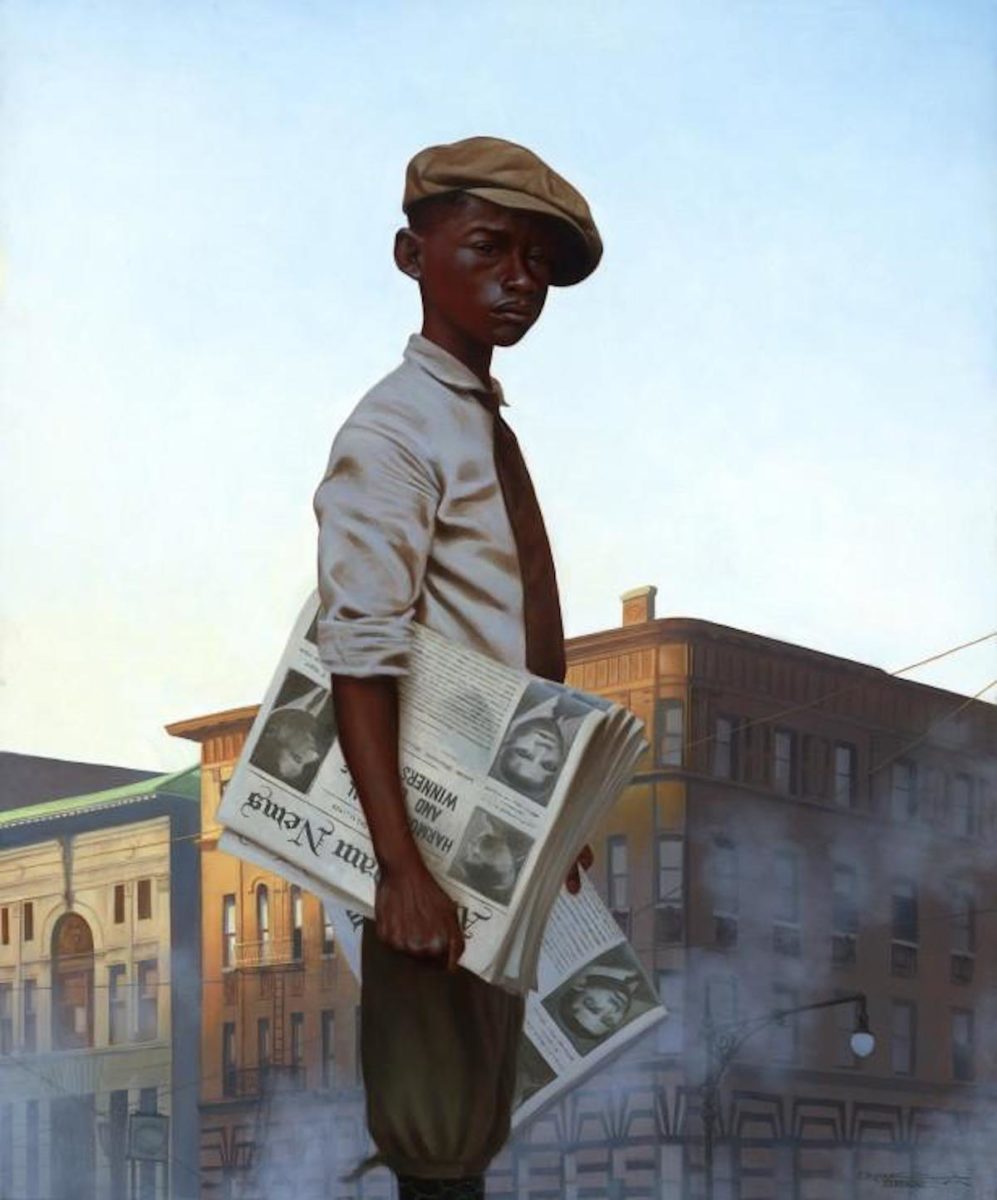