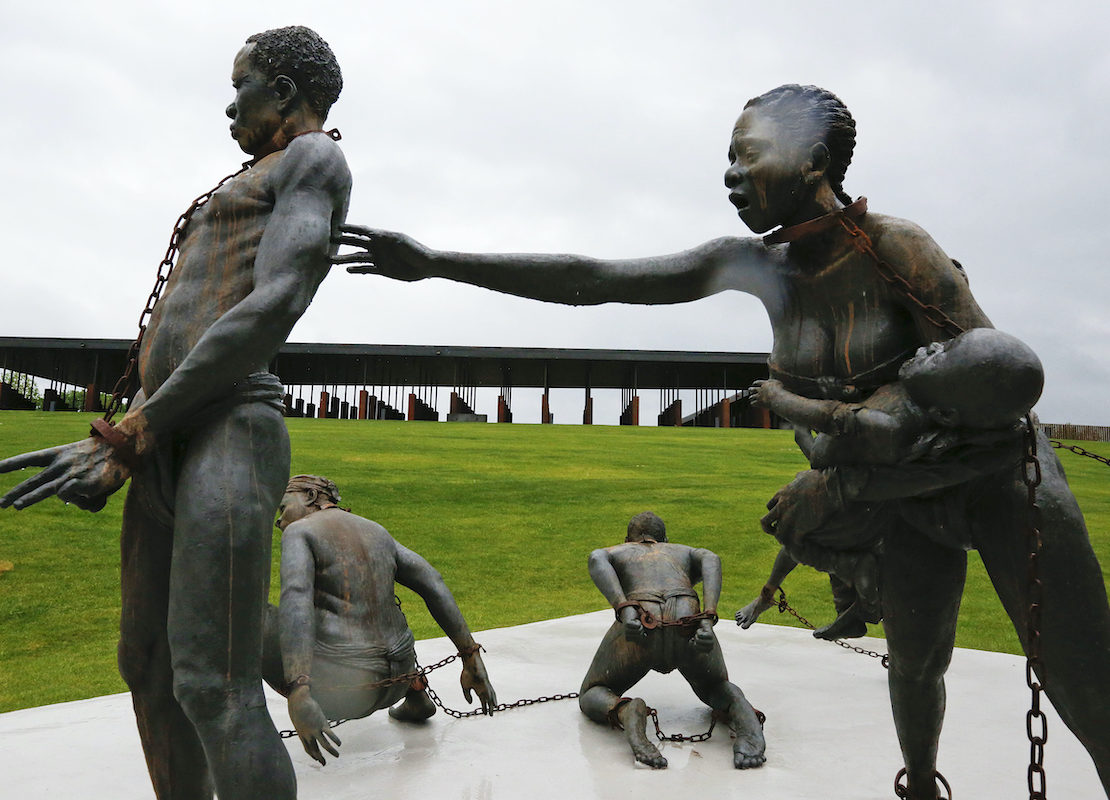 This Tulsa Newspaper Ad Is Also a Protest Sign |Adweek

Racial terror followed passage of the 13th Amendment in 1865

In December 1865, seven months after President Abraham Lincoln took a bullet to the head at Ford’s Theatre, the 13th Amendment to the U.S. Constitution was ratified with these words:

“Neither slavery nor involuntary servitude, except as a punishment for crime whereof the party shall have been duly convicted, shall exist within the United States, or any place subject to their jurisdiction,” the amendment says.

For blacks, the moment represented liberty in its truest form — the country’s defining document now outlawed slavery. But the 13th Amendment infuriated many Southern whites who refused to accept the outcome of the Civil War.

Featured Image, Part of a statue depicting chained people is on display at the National Memorial for Peace and Justice.Brynn Anderson / AP
Full article @ The Washington Post