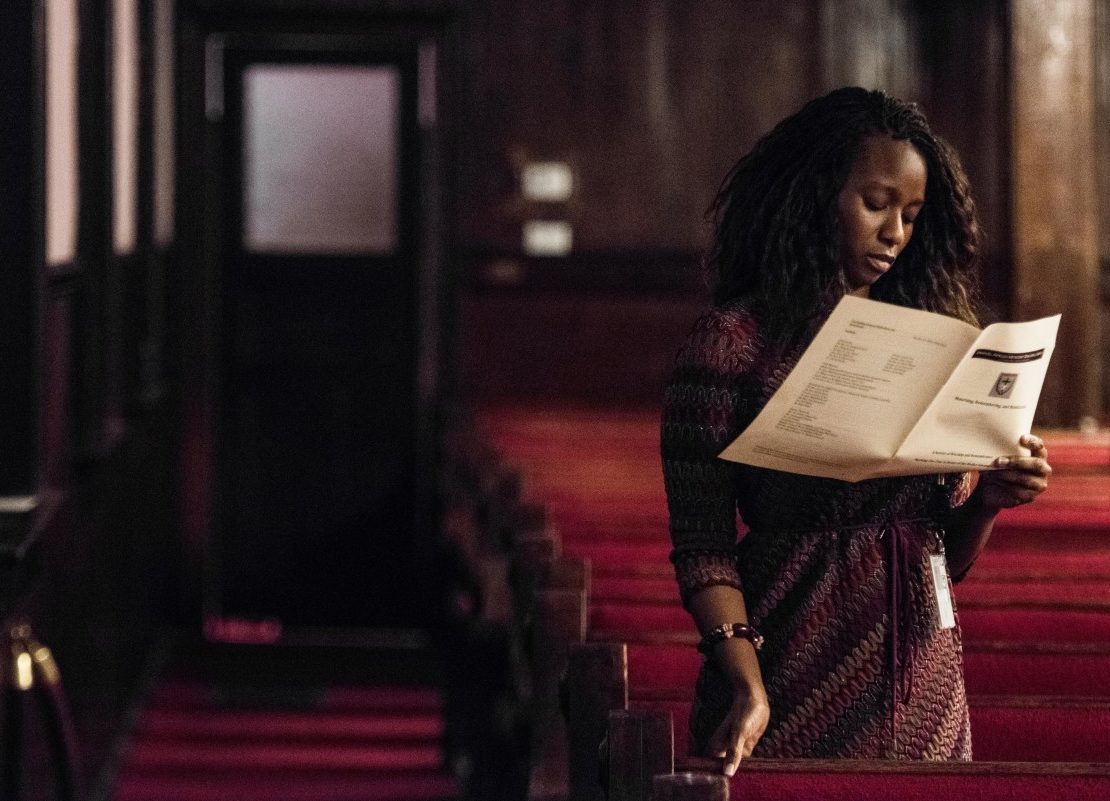 On the morning of June 18, 2015, police apprehended a 21-year-old white man named Dylann Roof and arrested him on suspicion of murder. The previous evening, Roof had entered the Emanuel A.M.E. church in Charleston, South Carolina, and sat in on a Bible study session for about an hour before opening fire on the other participants. All of the worshippers were African American and, prior to the attack, Roof had expressed racist views on a personal website and to friends — allegedly stating that he hoped to incite a “race war.” 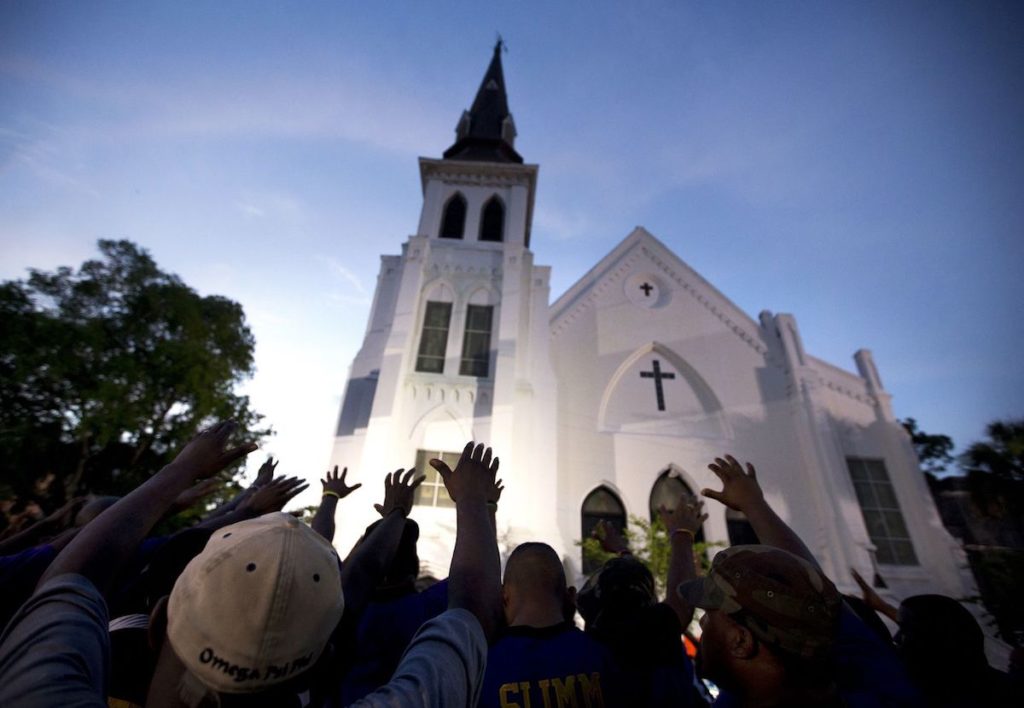 People prayed outside the Emanuel AME Church in June 2015. AP/File 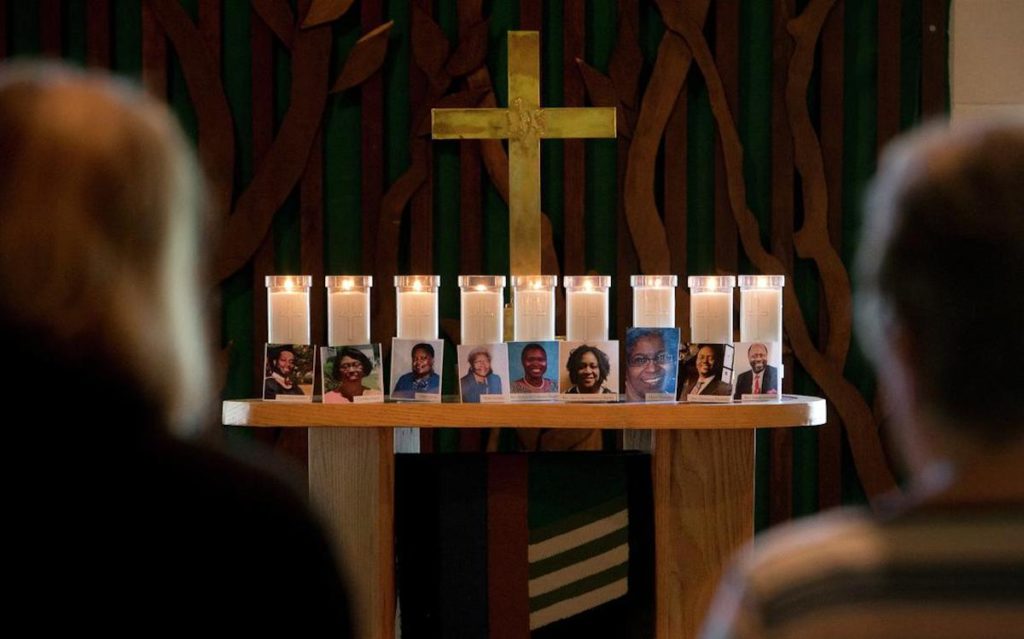 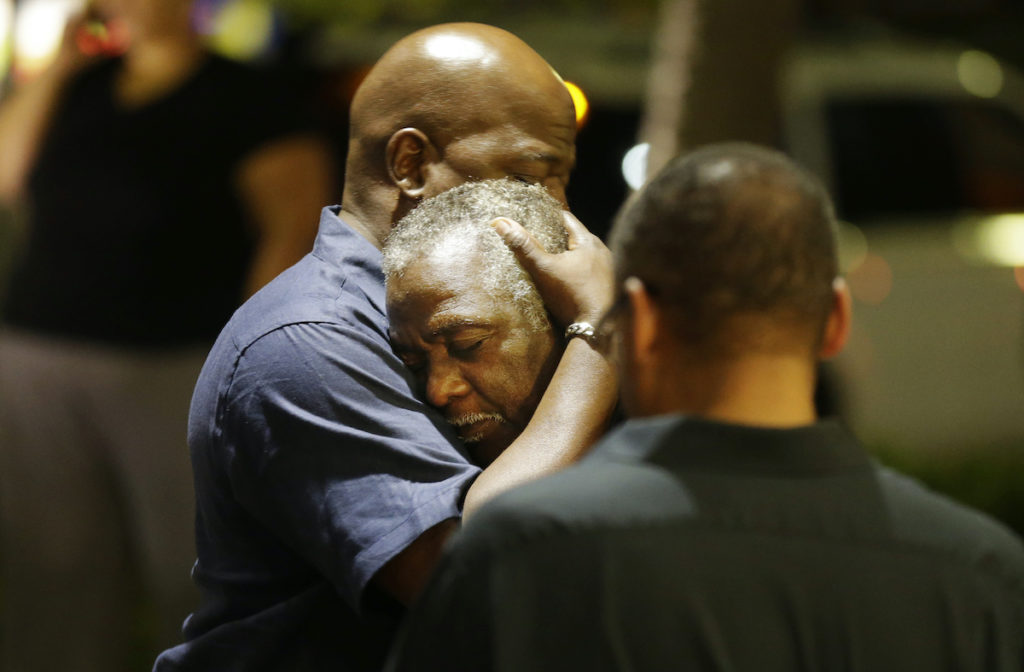 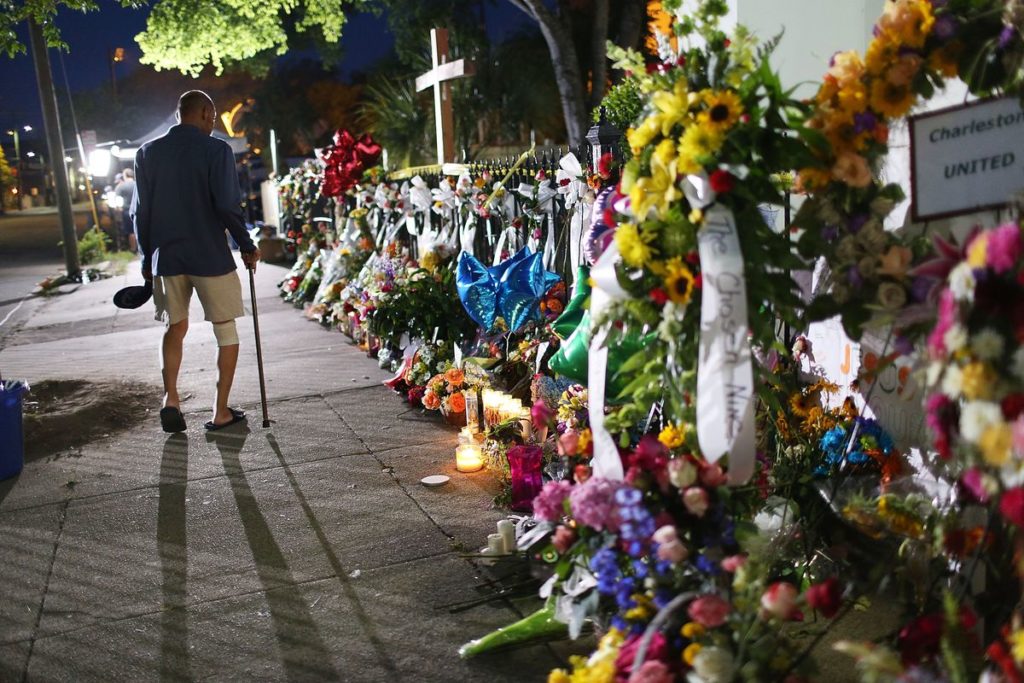