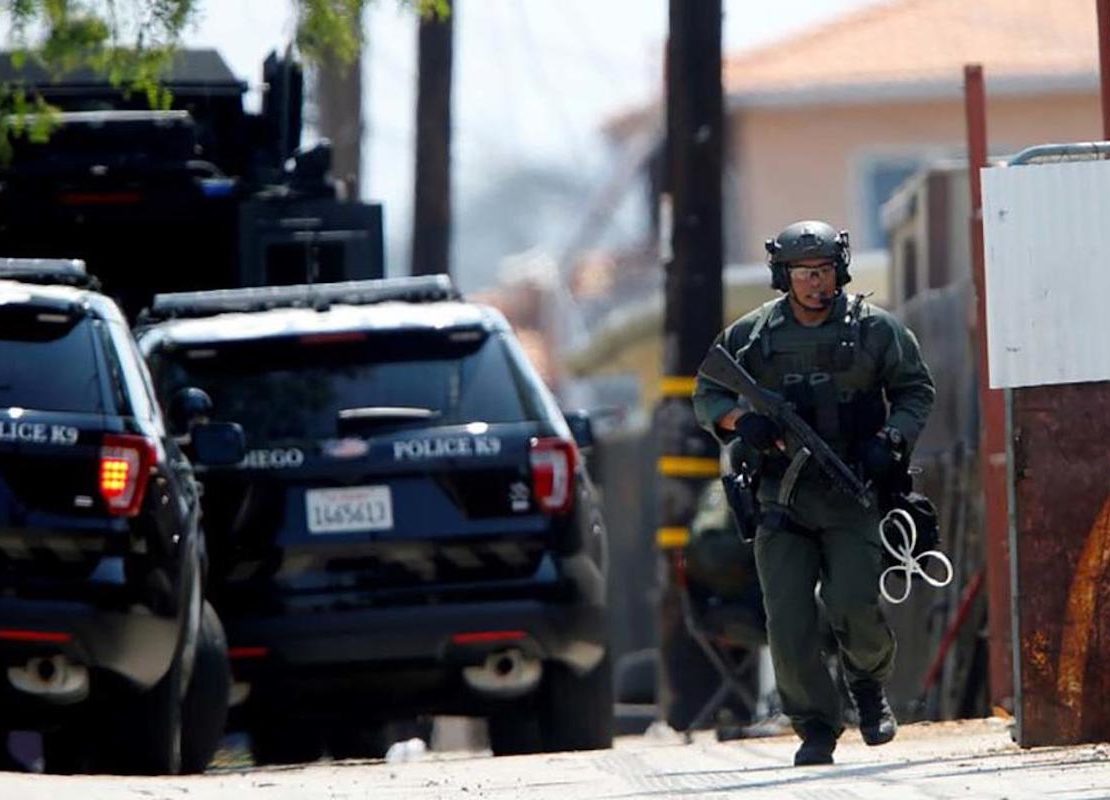 A recent Campaign Zero report on disparities in police stops in San Diego shines a light on the racist policing prevalent throughout the country.

“They did what human beings looking for freedom, throughout history, have often done. They left.”

These are the words of Pulitzer Prize-winning author Isabel Wilkerson in her book, “The Warmth of Other Suns.” The book follows the story of three Black Southerners and their journey escaping racial violence — a sharecropper’s wife who left Mississippi in the 1930s for Chicago, an agricultural worker who left Florida for New York City in the 1940s, and a doctor who left Louisiana in the early 1950s.

Featured Image, A SWAT officer runs down a back alley as police surround a home after a San Diego police officer was fatally shot and another was wounded late Thursday, in San Diego, Calif. (Retuers / Mike Blake)
Full article @ ACLU