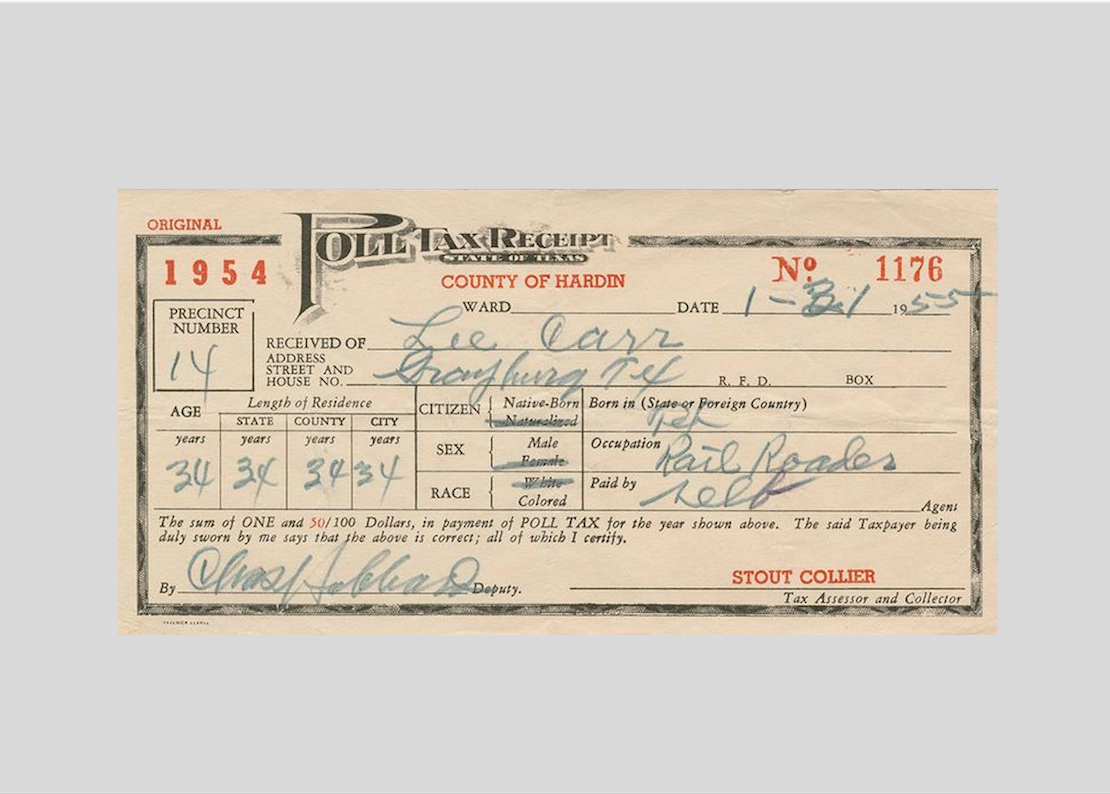 Saraneka Martin, The Pregnant Woman Who Was Shot In The Stomach While Peacefully Protesting Shares What Happened And Shows The Wounds She Received Terrorist Cops | Black Sports Online

In January 1955 in Hardin County, Texas, Leo Carr had to pay $1.50 to vote. That receipt for Carr’s “poll tax” now resides in the collections of the Smithsonian’s National Museum of African American History and Culture. In today’s dollars, Carr paid roughly $13.

“It’s a day’s wages,” explains William Pretzer, the museum’s senior history curator. “You’re asking someone to pay a day’s wages in order to be able to vote.”

Pretzer says the museum accepted the donation of the receipt from Carr’s family in 2012 as a vivid and a significant example of the way that voting rights were denied to African Americans. Poll taxes, quite simply a tax to pay to vote, were enacted in the post-reconstruction era from the late 19th to the very early 20th century. But they remained in effect until the 1960s.