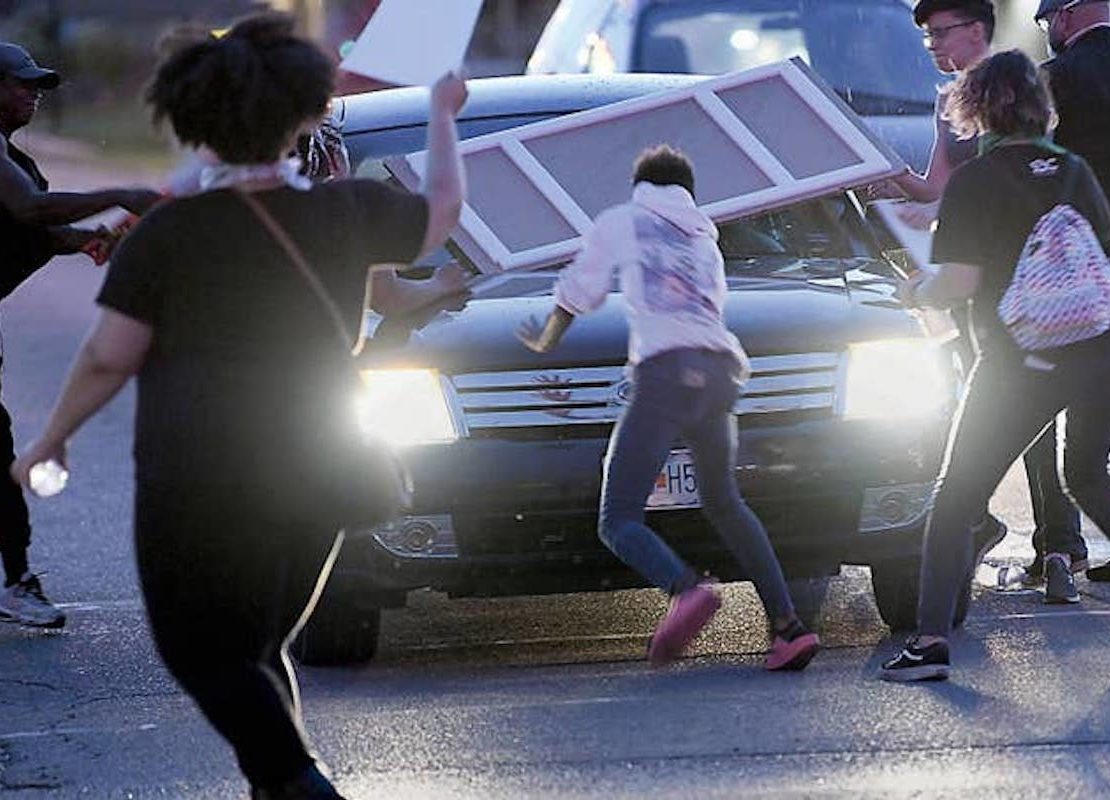 With the nation’s streets becoming contested political spaces, cars have been turned into weapons — something the far right has joked about for years.

The video is shocking. As the driver of an SUV swerves through an empty pocket of protesters on the streets of San Jose on Friday night, the passenger gestures out of the car and screams “Fuck you!” as they drive away.

But then the driver immediately executes a three-point turn and returns to the protesters, who hurl water bottles and bang on the windows. That’s when the driver suddenly reverses as people in the crowd scream. One of the demonstrators is run over by the rear tires. The camera catches the moment as the SUV crushes the man’s legs.