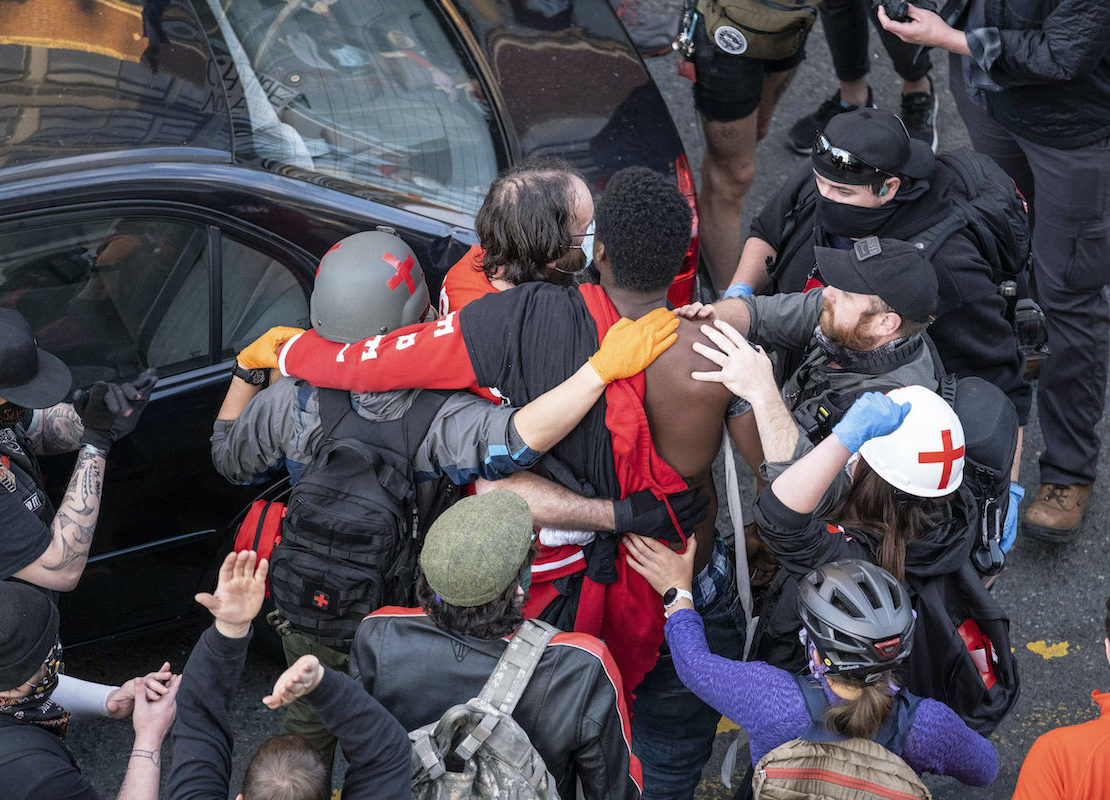 A 27-year-old man was taken to hospital after being shot, police said.

A man drove into a Seattle crowd protesting the death in police custody of George Floyd before shooting one of the demonstrators on Sunday, police said.

The suspect was detained and the 27-year-old man who was shot in the arm was taken to hospital by firefighters, police said in a tweet. Officials did not name the shooter or the victim.

Police confirmed a gun was recovered and no other people were injured.

By Linda Givetash, NBC News
Featured Image, An injured man is taken away from the scene after a gunman drove toward protesters Sunday, June 7, 2020, in Seattle. Authorities say the driver hit a barricade then exited the vehicle brandishing a pistol. At least one person was injured. (Dean Rutz/The Seattle Times via AP)
Full article @ NBC News