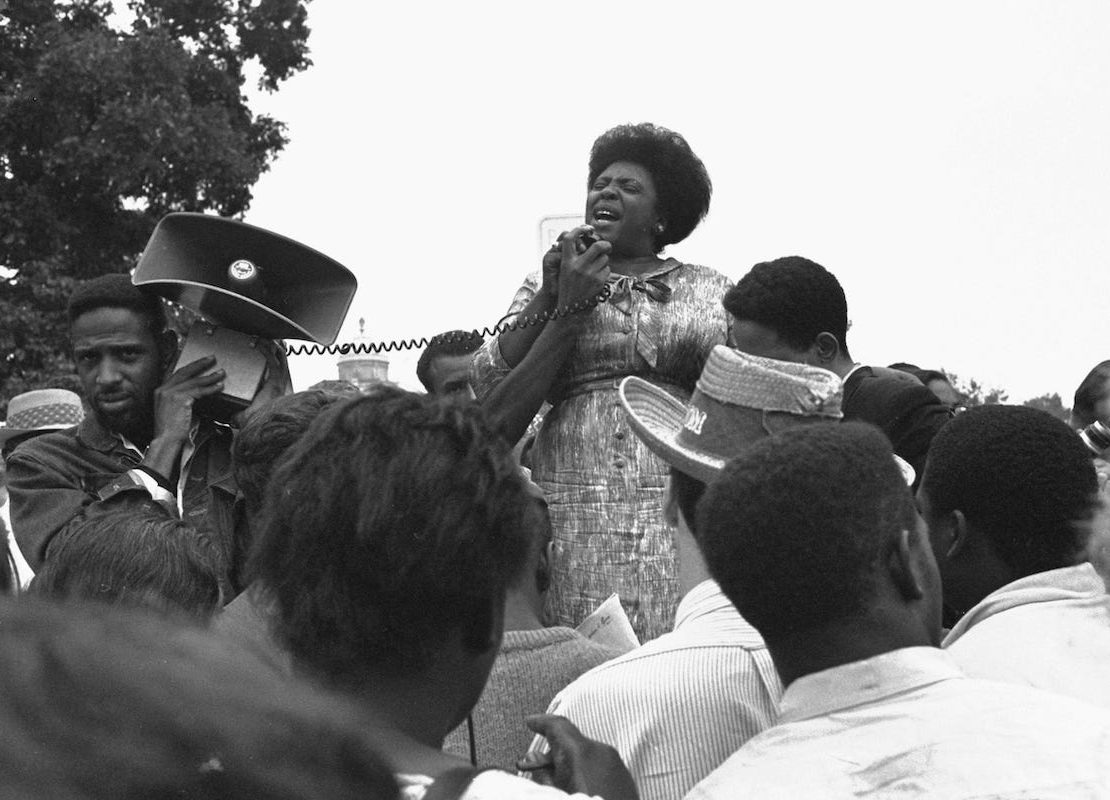 On June 9, 1963, while returning from a voter registration workshop in South Carolina, Fannie Lou Hamer and other civil rights activists were arrested in Winona, Mississippi. Ms. Hamer and the other activists had been traveling in the “white” section of a Greyhound bus despite threats from the driver that he planned to notify local police at the next stop. When the bus arrived at the Winona bus depot, the activists sat at the “white only” lunch counter inside the terminal.

Winona Police Chief Thomas Herrod ordered the group to go to the “colored” side of the depot and arrested them when one of the activists tried to write down his patrol car license number. In August 1964, while testifying at the Democratic National Convention to urge party bosses to seat a group of black Mississippi voters seated as delegates, Mrs. Hamer recalled the abuse she endured that night at the county jail.