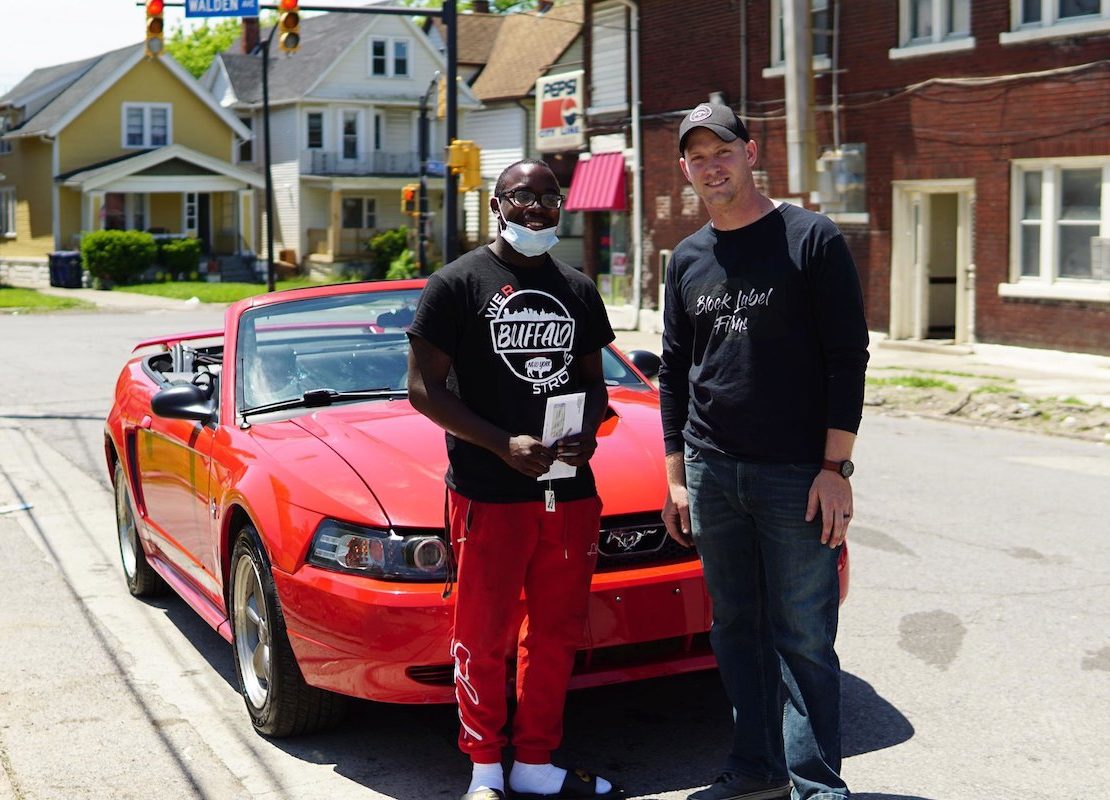 (CNN)When Antonio Gwynn Jr. saw the damage from protests in his hometown of Buffalo, New York, he grabbed a broom, bought some trash bags and started cleaning the streets by himself.

He started at 2 a.m. on Monday and did not stop cleaning for the next 10 hours. When an organized group of neighbors arrived later that morning to start clearing the damage, they found that Gwynn had already done most of the work.

Gwynn is an 18-year-old high school senior. He told CNN that he saw on the local news that Bailey Avenue in Buffalo was covered in glass and garbage, and he knew people needed to use that street to get to work in the morning.

Featured Image, Antonio Gwynn Jr., left, is now the owner of a 2004 Mustang after Matt Block decided to give him the car as a reward for Gwynn’s work cleaning up after protests in Buffalo, New York.
Credit: Matt Block
Full article @ CNN