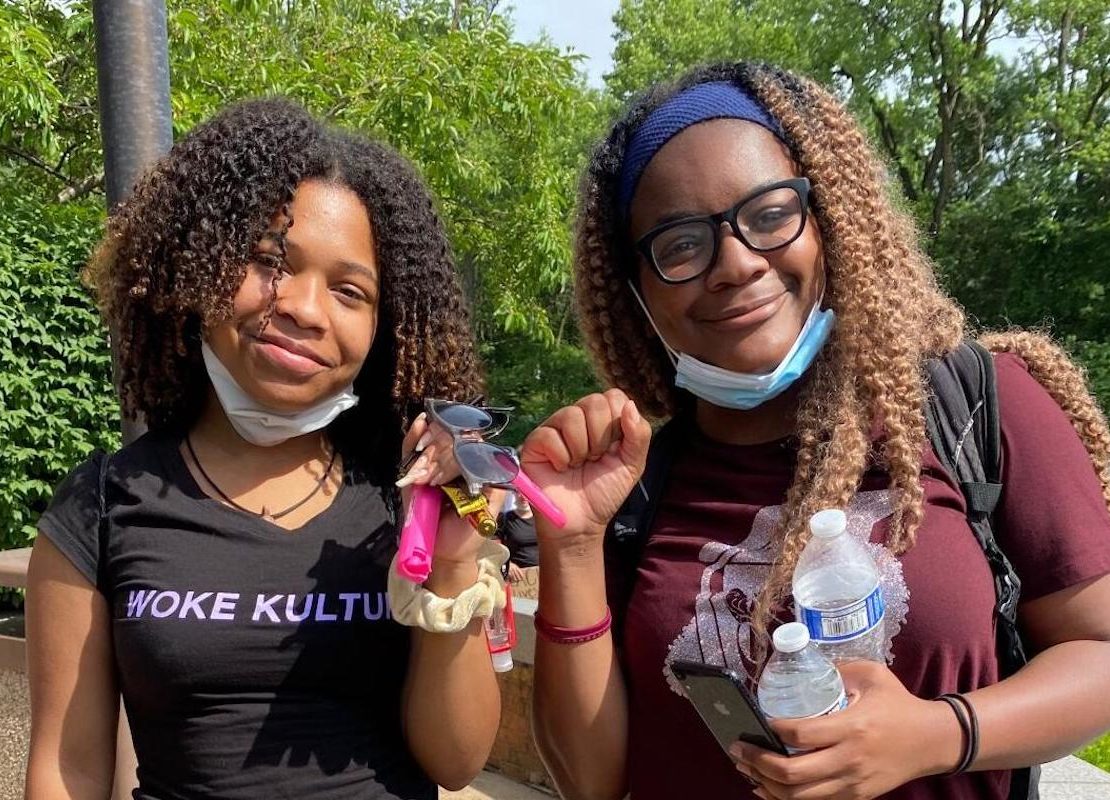 Two Ladue high school students organized a Black Lives Matter march on Friday, June 5 that led a diverse crowd of about 1,000 mostly young people more than nine miles up and down Clayton Road through Ladue, Frontenac, and Town and Country.

Victoria Neal, a graduating senior, and Lauryn Donovan, a rising senior, organized the action, Donovan said, to bring the movement to “some of the wealthiest areas in the country.” They negotiated for permissions with the mayor of Ladue and police officials from the three municipalities. Officers from those towns and several others lined the march route, blocking traffic for the protestors and keeping watch over them.