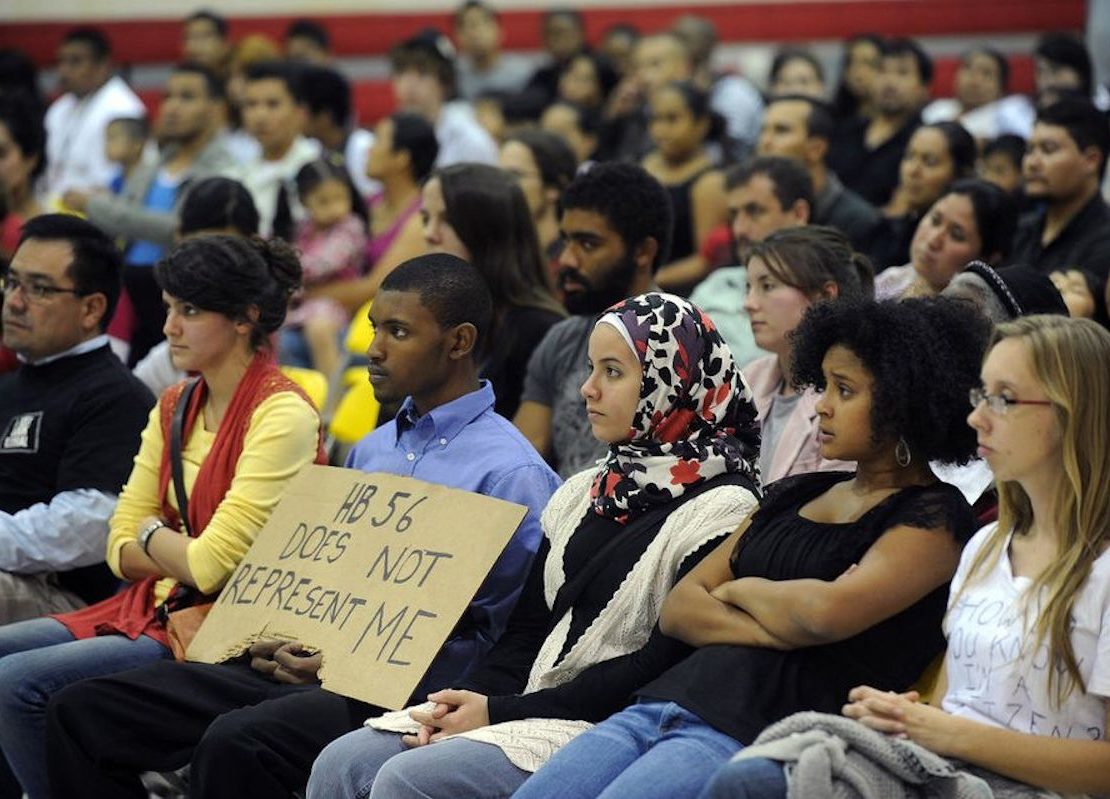 How Did George Floyd Die? Here’s What We Know | The New York Times

Like Arizona’s Senate Bill 1070, Alabama’s immigration law authorized police officers, relying on racial profiling, to check the immigration status of anyone detained or arrested whom they suspected of being in the country illegally. HB 56 also banned undocumented immigrants from enrolling in any public college or university; mandated that parents reveal the immigration status of any child attending public school; and required school districts to report the number of undocumented students to the state board of education.