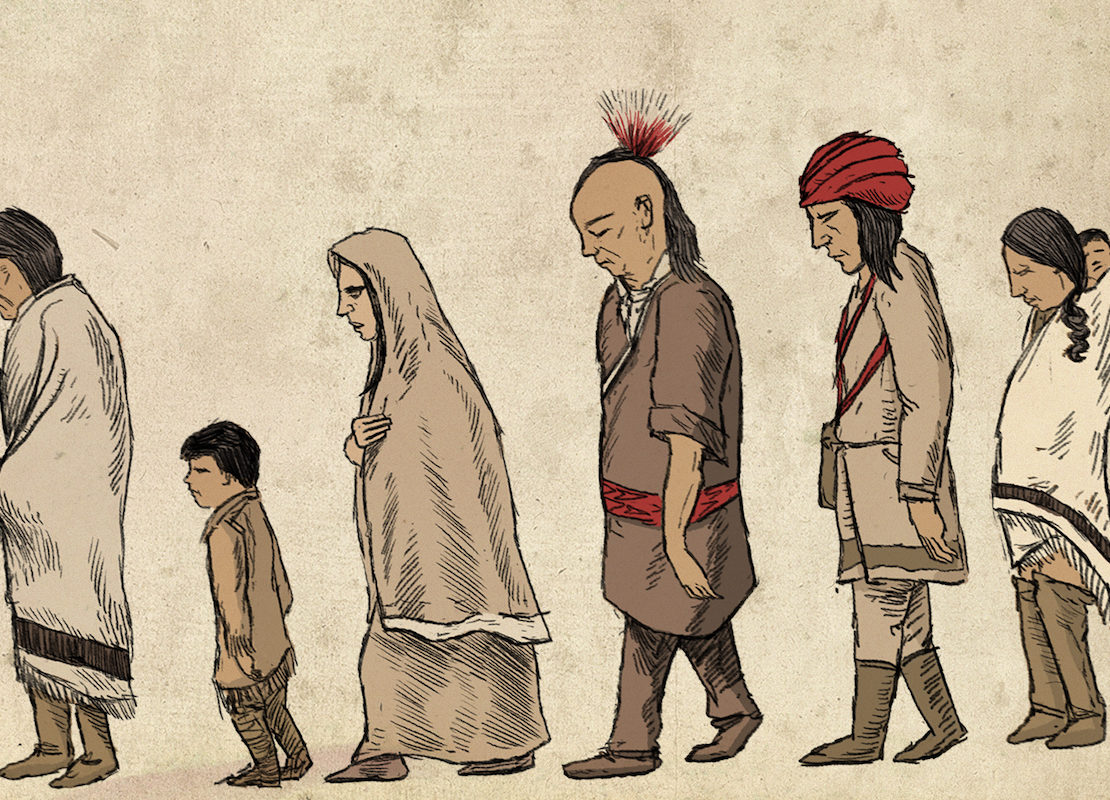 On May 28, 1830, President Andrew Jackson signed the Indian Removal Act, which authorized the President to grant land west of the Mississippi River in exchange for the lands of the American Indian tribes living primarily in the southeastern United States. President Jackson’s message to Congress stated a double goal of the Indian Removal Act: freeing more land in southern states like Alabama and Mississippi, while also separating Native American people from “immediate contact with settlements of whites” in the hopes that they will one day “cast off their savage habits and become an interesting, civilized, and Christian community.”