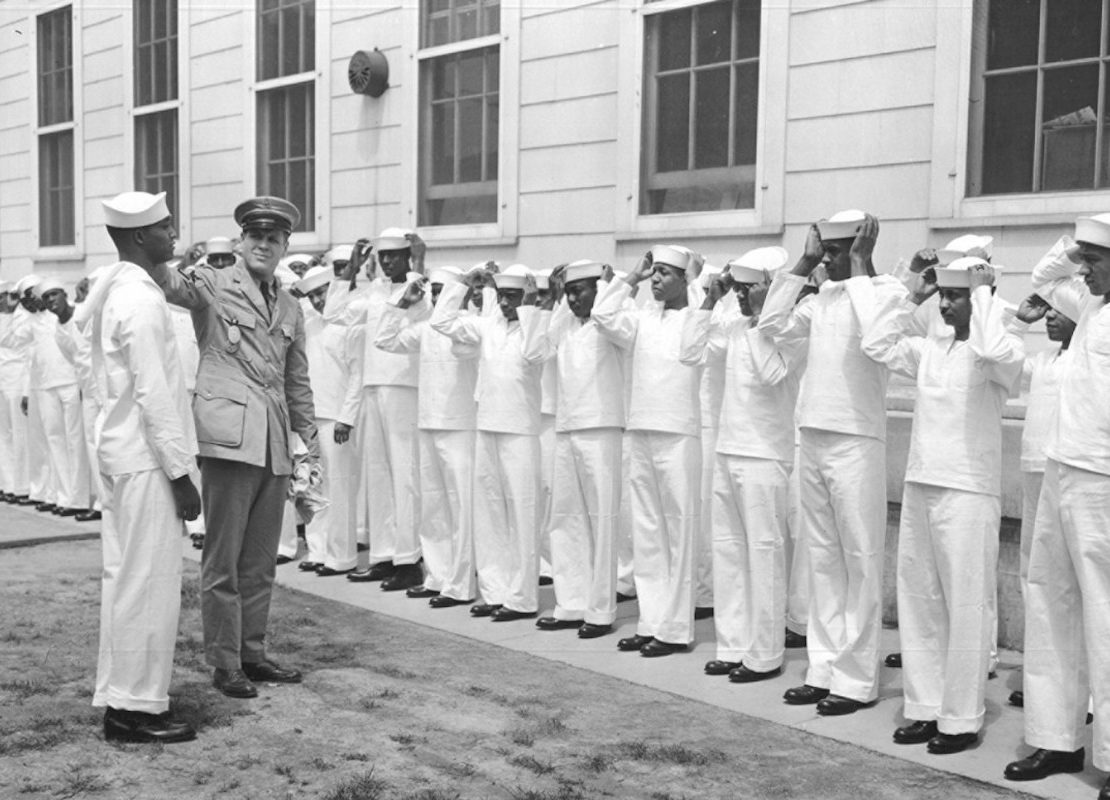 In 1942, a group of African American sailors were chosen to integrate the Naval Officer Corps, forever changing what was possible in the U.S. Navy.

Sam Barnes racked his brain one chilly morning in January 1944, wondering what he might have done wrong. Barnes, a popular African American petty officer working at Great Lakes Naval Training Station in Illinois, had been in the Navy for 15 months and had never been disciplined. Why, he wondered, was he being ordered to the white side of the segregated station, a command usually reserved for sailors who were in trouble?

The 28-year old Ohio native walked the one mile from Camp Robert Smalls, the black-only camp at the northwest corner of the station, to the main offices and found several other black men waiting. He recognized a few faces, but most were new to him and none could say why they had been summoned.

Commander Daniel W. Armstrong, a tall, handsome, aristocratic-looking man with an upright gait andan immaculate uniform, looked the 16 black men over. He was the white officer in charge of the black camp, a man whose willingness to work with African American enlistees earned praise from the higher-ups in Washington.