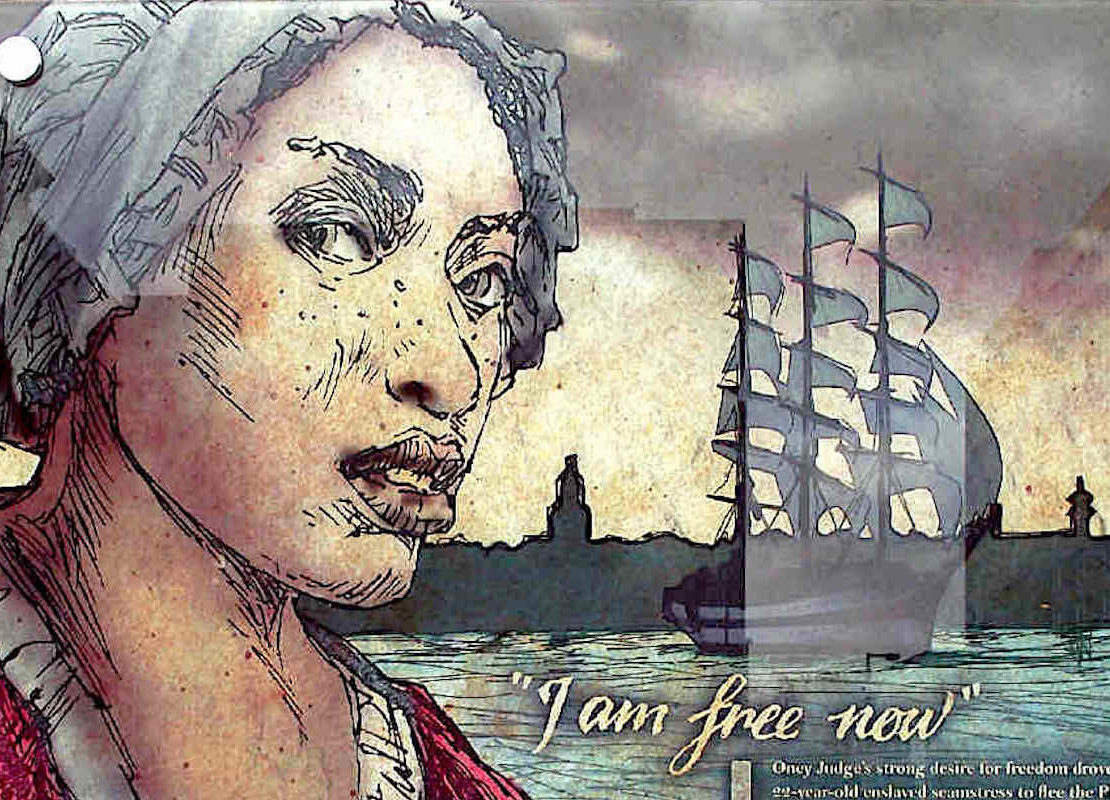 On May 23, 1796, a newspaper ad was placed seeking the return of Ona “Oney” Judge, an enslaved black woman who had “absconded from the household of the President of the United States,” George Washington. Ms. Judge had successfully escaped slavery two days earlier, fleeing Philadelphia, Pennsylvania, and settling in freedom in New Hampshire.

Known to the Washingtons as “Oney,” Ms. Judge was given to Martha Washington by her father and had been held enslaved as part of the Washington estate since she was ten years old. As George Washington gained political clout, Ms. Judge traveled with the family to states with varying laws regarding slavery — including lengthy residence in Pennsylvania. Pennsylvania’s Gradual Abolition Act of 1780 declared that black people enslaved by non-residents of the state were legally freed after living in Pennsylvania for six continuous months. To avoid enforcement of the law and retain ownership of the men and women they enslaved, the Washingtons regularly sent Ms. Judge and others in the household out of state for brief periods, to restart the six-month residency requirement.