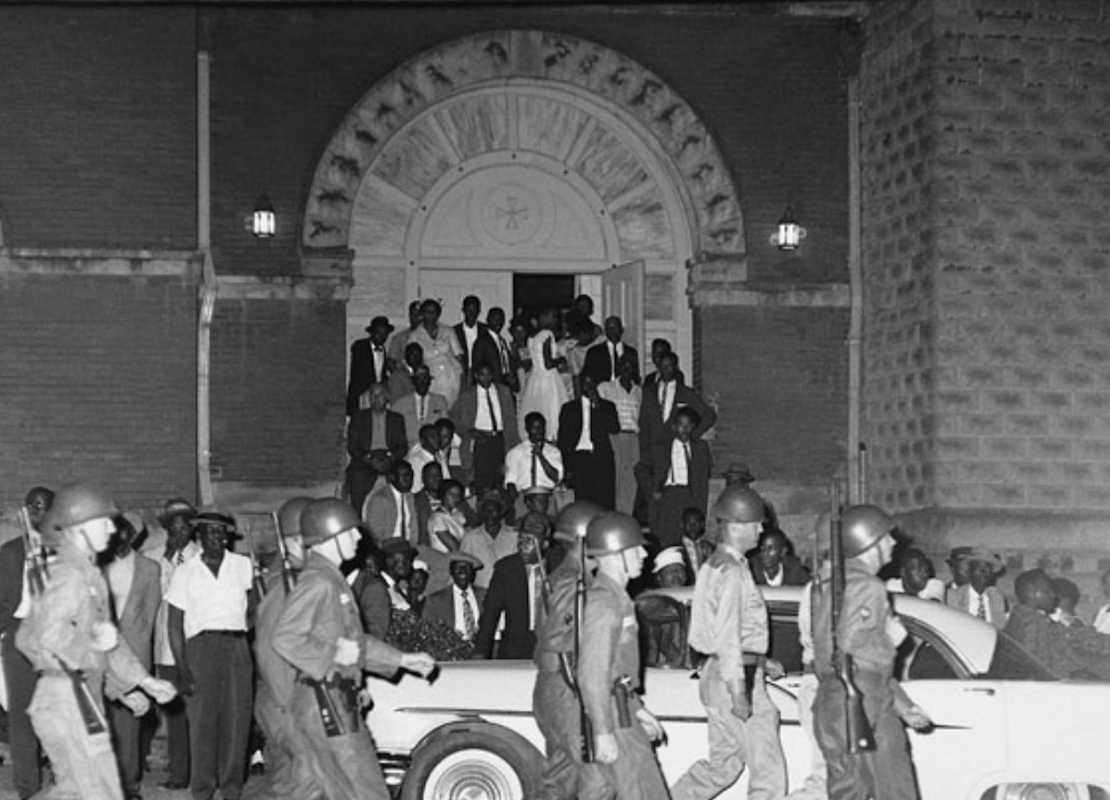 On the evening of May 21 1961, more than 1,000 black residents and civil rights leaders including Dr. Martin Luther King, Jr. and Rev. Fred Shuttlesworth attended a service at Montgomery’s First Baptist Church. The service, organized by Rev. Ralph Abernathy, was planned to support an interracial group of civil rights activists known as the Freedom Riders. As the service took place, a white mob surrounded the church and vandalized parked cars.

The Freedom Riders began riding interstate buses in 1961 to test Supreme Court decisions that prohibited discrimination in interstate passenger travel. Their efforts were unpopular with white Southerners who supported continued segregation, and they faced violent attacks in several places along their journey. The day before the Montgomery church service, the Riders had arrived in Montgomery and faced a brutal attack at the hands of hundreds of white people armed with bats, hammers, and pipes. The May 21st service was planned by the local black community to express support and solidarity.