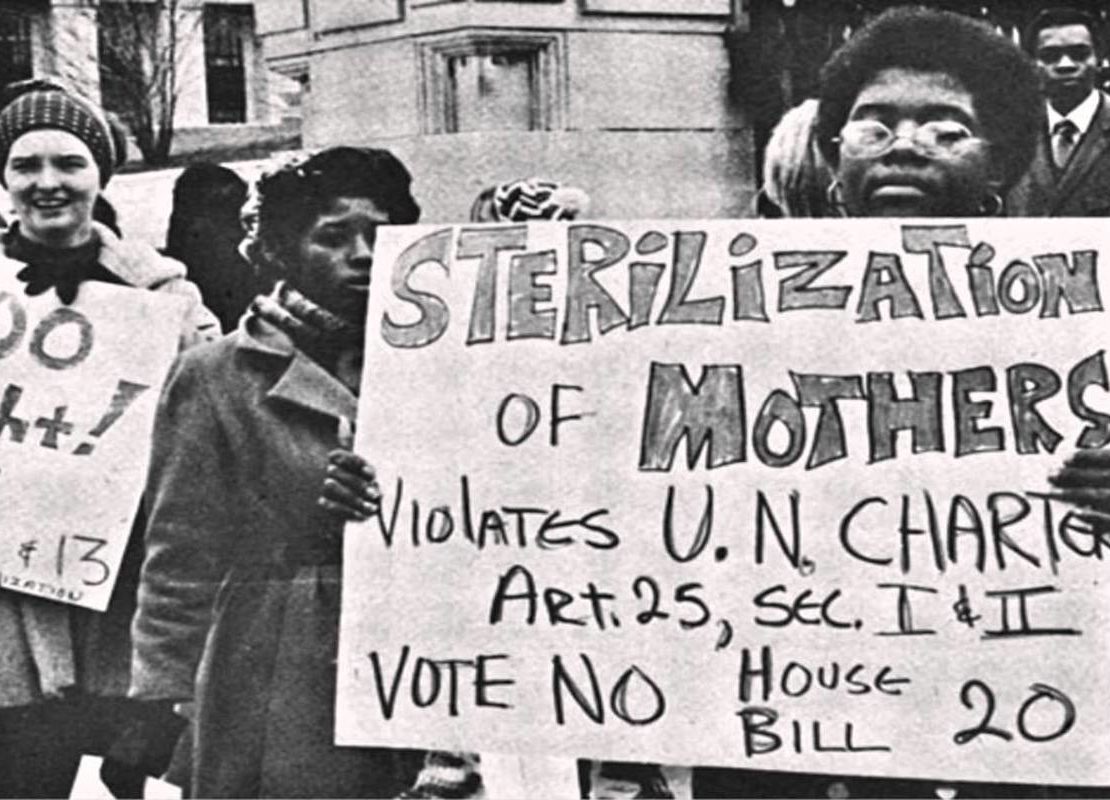 On May 16, 2012, the North Carolina legislature considered a bill recommending compensation for victims of the state’s forced sterilization program. Beginning in 1933, the Eugenics Board of North Carolina oversaw approximately 7,600 forced sterilizations. In contrast with other eugenics programs in the United States, North Carolina’s board enabled county departments of public welfare to petition for sterilization of their clients, including some girls as young as ten years old. According to board records, approximately 71% of sterilized women were said to be “feeble-minded.” Distinct from the “mental disease” category, the so-called “feeble-minded” included many women of color, poor women, and women from large families. Approximately 60% of the women sterilized against their will in North Carolina were African American.