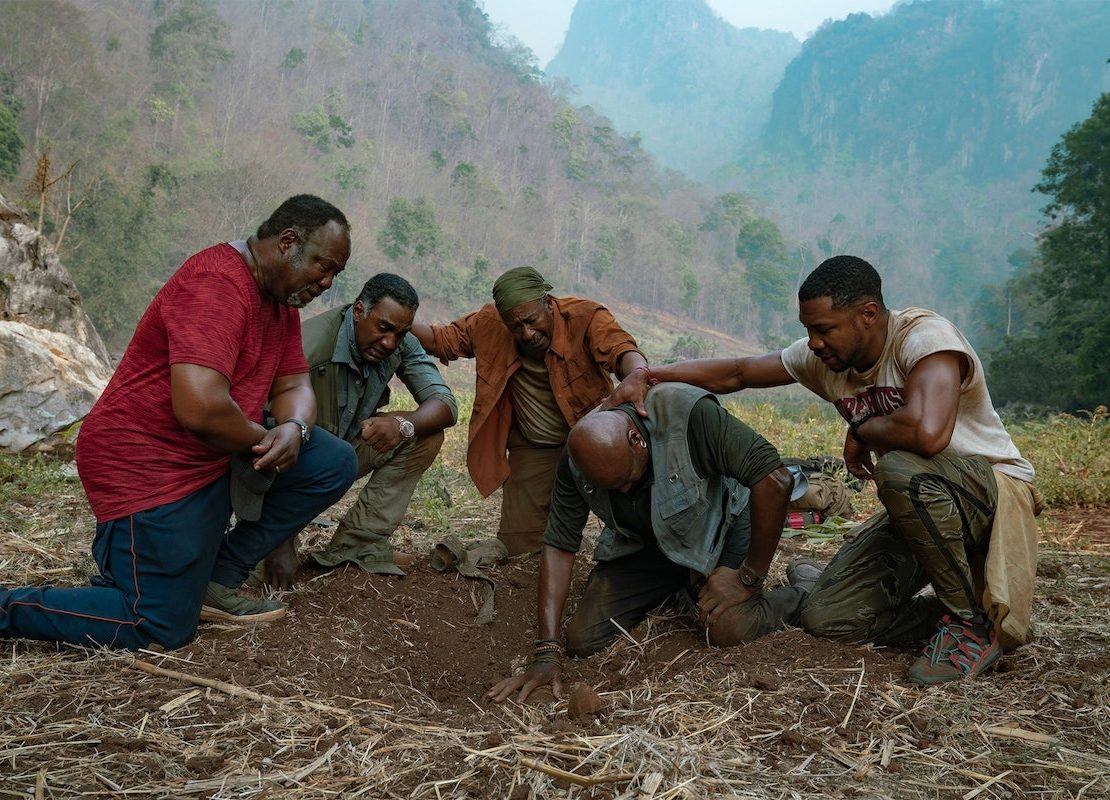 The Oscar winner on his Vietnam War drama: “I’m not being disrespectful to any Vietnam film…except maybe The Green Berets with John Wayne.”

Five young African American soldiers are listening to the radio in the jungle of Vietnam when they learn that one of their bravest has died—Dr. Martin Luther King Jr., felled not by a Vietcong bullet, but by a white racist’s rifle 9,000 miles away in Tennessee. At the end of the broadcast, the enemy propagandist asks a question that pierces each of them: “Black American soldiers, what are you fighting for?”

It’s one of the most powerful moments in Spike Lee’s new film Da 5 Bloods—a war drama, a treasure hunt, and a grumpy-old-guys comedy that switches tone from heartache to humor to horror in a heartbeat.

The movie stars Delroy Lindo (who previously worked with Lee on Crooklyn and Clockers), Broadway icon Norm Lewis, Isiah Whitlock Jr. (The Wire and Lee’s BlacKkKlansman and 25th Hour), and Clarke Peters (also known for The Wire and Lee’s Red Hook Summer) as four of Da 5 Bloods who survived the war and are now venturing back to find the remains of their fallen squad leader Norman (played by Black Panther’s Chadwick Boseman).