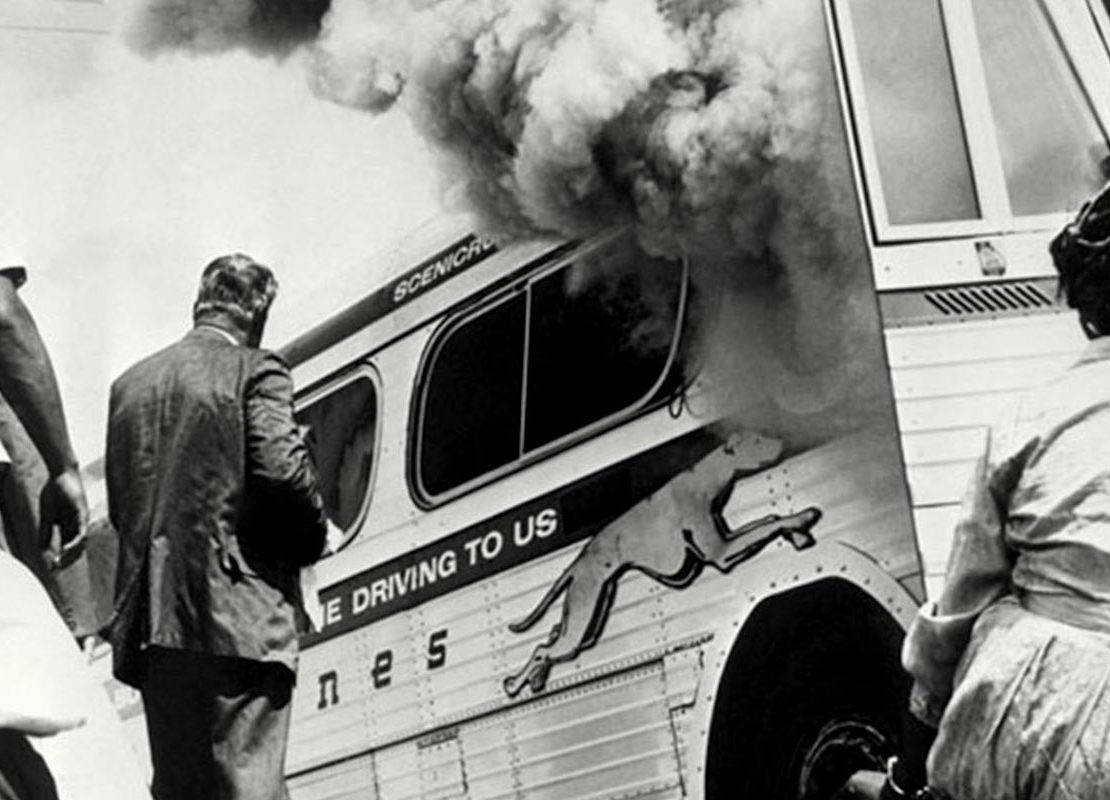 In 1961, a group of civil rights activists known as the Freedom Riders began a desegregation campaign. The interracial group rode together on interstate buses headed south from Washington, D.C., and patronized the bus stations along the way, to test the enforcement of Supreme Court decisions that prohibited discrimination in interstate passenger travel. Their efforts were unpopular with white Southerners who supported segregation. The group encountered early violence in South Carolina but continued their trip toward the planned destination of New Orleans.

On Mother’s Day, May 14, 1961, a Greyhound bus carrying Freedom Riders arrived at the Anniston, Alabama, bus station shortly after 1:00 p.m. to find the building locked shut.