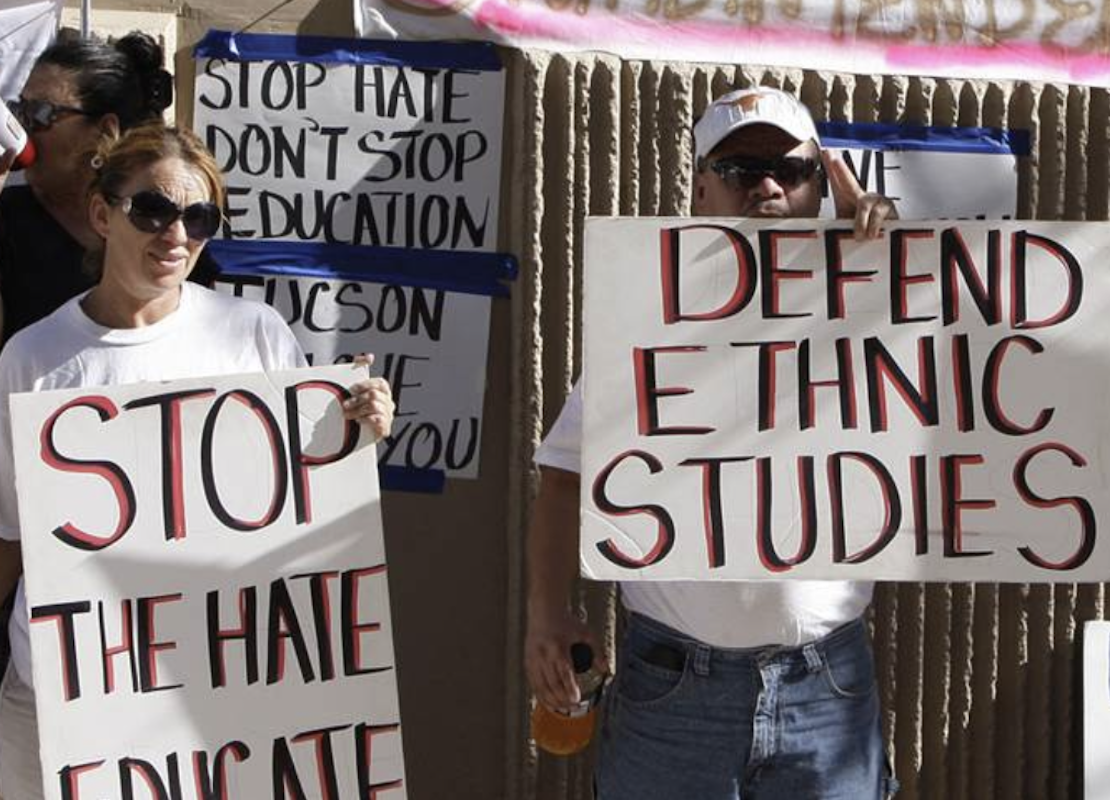 On May 11, 2010, Arizona Governor Jan Brewer signed into law HB 2281, a legislative act designed to end Ethnic Studies classes in the state. This came just weeks after Brewer signed SB 1070, Arizona’s controversial immigration law that was then among the nation’s strictest, and which opponents criticized as encouraging racial profiling.

Though less publicized, HB2281 also had far-reaching consequences for people of color in Arizona and any students interested in studying their history. The law banned all classes alleged to “promote the overthrow of the United States government” or “promote resentment toward a race or class of people” and classes “designed primarily for pupils of a particular ethnic group” which “advocate ethnic solidarity instead of the treatment of pupils as individuals.” In January 2012, after the state superintendent’s office threatened to withhold ten percent of the district’s annual funding, the Tucson School District voted to cut the Mexican American Studies program in compliance with the new law.