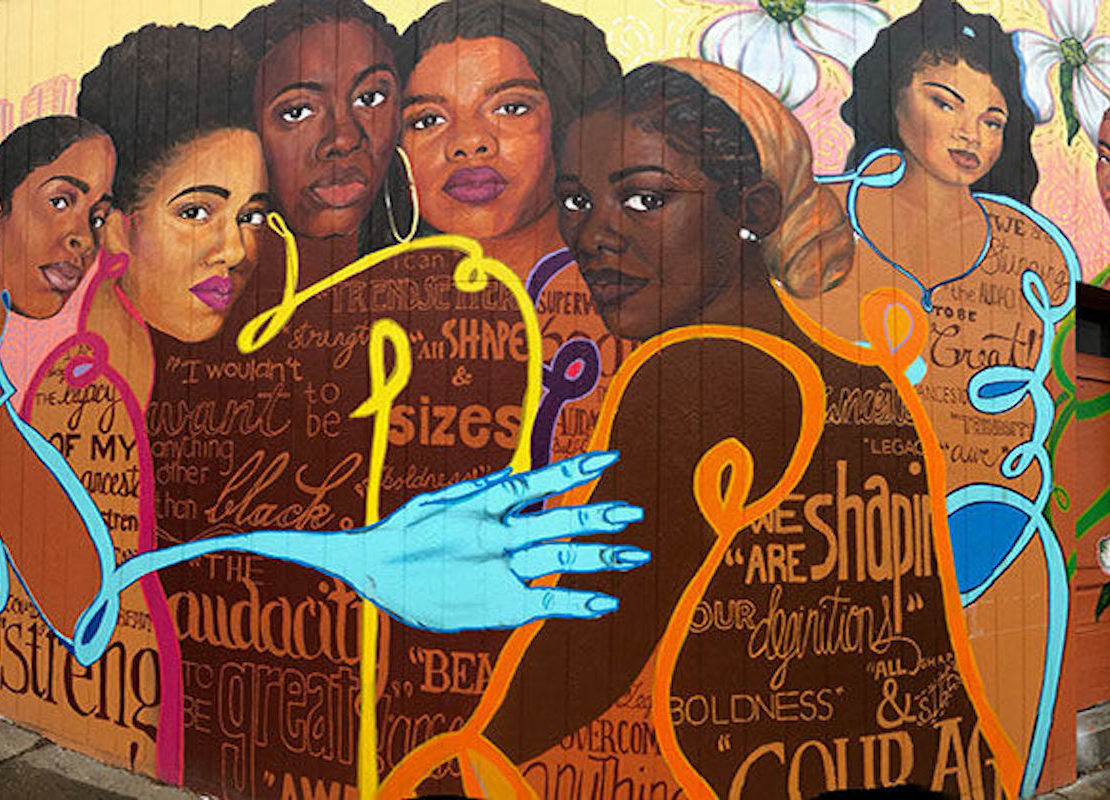 Hull Street in Richmond, Virginia’s South Side neighborhood has seen gentrification over the years and a 20-by-60-foot-tall mural titled “Brown Girl Narratives” has gone up as a reminder of what used to be, the Richmond Times-Dispatch reports.

The colorfully sprawling artwork, which features seven Black women embracing each other, was born from Virginia Commonwealth University student Kristal Brown’s doctoral dissertation on the role that racism plays in young Black women’s physical and mental health. For her research, Brown asked Richmond residents to share “what it was like to be a Black woman,” according to the Times-Dispatch, and muralist Austin Miles wove some of the responses into the artwork as quotes and phrases.